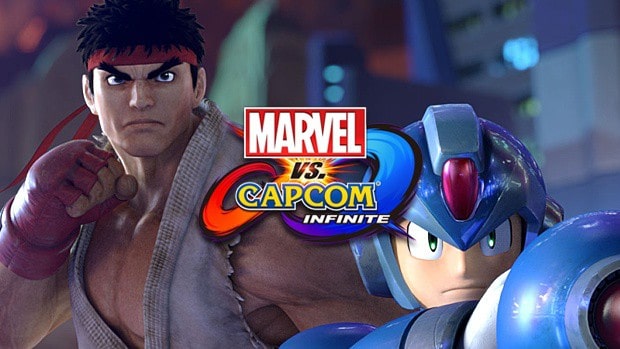 Capcom has shut down a rumor from yesterday that Marvel vs Capcom: Infinite is using simplified versions of popular motion inputs.

According to industry insider Ryce, the upcoming brawler has removed various traditional motion inputs to become more “accessible” and easier to pick up by players of all skill levels. This includes the Dragon Punch motion, which has always been executed by moving the analog stick or directional paid in a Z motion (Forward, Down, Forward). In Marvel vs Capcom: Infinite, the same move is allegedly done with a “Down, Down” motion. This covers Ryu’s Shoryuken as well as every other character that uses the same input for a particular attack.

Ryce also warned the community that it should prepare itself for disappointment as “there are even more dumbed down gameplay changes” than expected.

Taking to Twitter earlier today, senior director of licensing and esports John Diamonon stated that the rumors are false. He assured that the Dragon Punch motion is intact in the game, as well as other popular inputs. He also criticized the source for spreading “fake news” and urged the community to not believe such rumors in the future.

Incidentally, Ryce has so far been very accurate in leaking information regarding Marvel vs Capcom: Infinite. He was the first to confirm the game’s existence before it was officially announced in December. Most recently he was also accurate in reporting that the information embargo lifts this week and Capcom will be unleashing a ton of announcements soon.

As far as the fighting game community is concerned, Ryce was either telling the truth or was mistakenly talking about a different game mode. Either way, it is good to know that Marvel vs Capcom: Infinite will not be changing traditional inputs. At least that is true in the sake of Dragon Punches.

Using simplified controls is not rare for a fighting game. The upcoming home versions of Tekken 7 will allow players to assign Rage Arts to a single button. This means that no one will be required to remember all the various button combinations for every character. They can just map the attack move to a single button and be done with it. Similarly, Ultra Street Fighter II: The Final Challengers on the Nintendo Switch also allow players to use one-button commands for special moves.

Marvel vs Capcom: Infinite will officially release for PlayStation 4, Xbox One, and PC on September 19.