How To Increase Friendship Level in Dragon Ball Legends 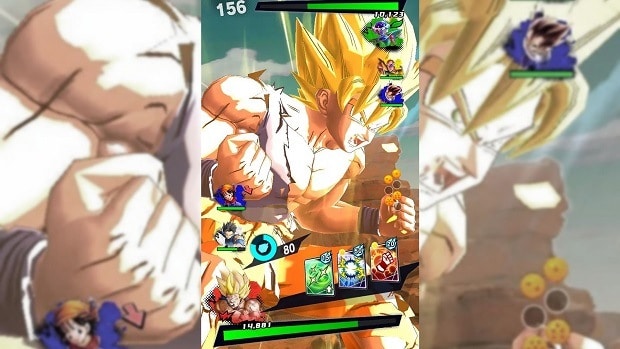 Dragon Ball Legends has a ton of cool features including a PVP mode, a strategic turn-based combat, and some other fun aspects. One of these is Friendship Level feature that works wonders, and makes combat even more diverse by providing new abilities for you to use. Check out our Dragon Ball Legends Friendship Guide for more help on it.

You control a new Saiyan created exclusively for the game’s Story Mode. Named Shallot, you carry your own abilities and moves, but that does not mean it is only limited to that.

With the Friendship Level feature, you can learn and acquire skills from the more popular characters in the Dragon Ball saga.

This comes quite in handy when combat is concerned since you have a variety of attacks to choose from. All of this is possible by having a decent enough Friendship Level with the hero you want to acquire abilities from.

For example, being good friends with Goku will mean you can perform Kamehameha in battle. Cool, right?

Your main goal would be to rack up Friendship Points to allow that Friendship Meter to go up. These can be earned by fighting against characters you want to become allies within the Story Mode.

Best Method to Grind Friendship Rank
Using the Story mission in Part 6, Book 1, Chapter 8. You can continually fight against SSJ 3 Goku. The fight’s easy, and you’ll be rewarded with Pizzas, Super Souls, and Rising Souls.

It shouldn’t last long, and the process is extremely rewarding. You’ll get 1080 points for all three characters. This is by far the most effective method for grinding your characters out to max level

Yes, the hard way is the only way in Dragon Ball Legends. Winning or losing does not matter; you will receive Friendship Points anyhow.

The good thing is you can replay these levels multiple times until you have maxed out a hero’s Friendship Level. We would also suggest having characters included in your party if you want to raise the Friendship Rank with them.

Once you have finally acquired a move by maxing out on a particular hero’s Friendship Level, simply go to that hero’s menu or the Arts tab as it is called in the game.

In there, you will see a section titled Can Train. Prepare to learn some awesome new moves being taught by the galaxy’s finest.