Two days ago we have tried the demo version of Dragon Ball FighterZ, a fighting game by Arc System Works and Bandai Namco Entertainment releasing for PlayStation 4, Xbox One and PC on January 26, 2018. Of course, it is soon to pass judgment on the aforementioned title (and we do not want to do so), so we will only share with you our first impressions, which could be safely confirmed – or denied – after its final release. 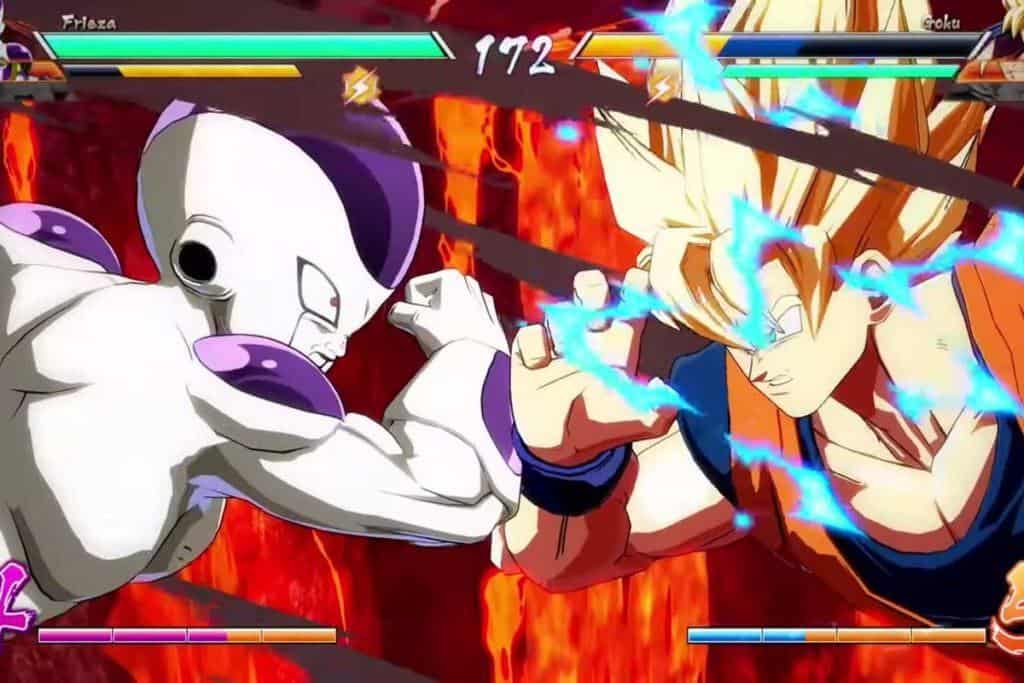 The Xenoverse series is a bet that Bandai Namco has won. Players have been demanding games similar to Tenkaichi 3 and, with the first two Xenoverse, they’ve also received something more.

The GDR elements and the chance to create a unique character have made the titles very popular among gamers; on top of that, Bandai Namco has also released DLCs containing new characters and story chapters. However, it was time for a change, so Bandai Namco turned to Arcy System Works (Guilty Gear) in order to give Dragon Ball fans something different, and we can say that Dragon Ball FighterZ is a very promising result of this process.

FighterZ brings the series back to its roots with 2D environments and close range combat 3 v 3, something resembling games such as Marvel vs Capcom and Street Fighter, providing at the same time an experience true to a proper Dragon Ball fight.

The combat sessions are very frenetic thanks to the presence of support characters able to enter the fight in any moment, but the key element here is momentum.

Nothing will save you besides skill. Combining combos and catching the opponent is the best way to win in this game, and it will be almost impossible to survive without a thorough knowledge of the game’s mechanics. Dragon Ball FighterZ is not a title for casual gamers, but a hymn to the beauty of the fighting games worthy of the name.

For what concerns characters, Arc System has done a “pretty good job”. Every fighter has his own way of fighting and his own moveset, so matches are very different one from another. Generally, you can do basic combos such as punches and kicks, but you can also use basic ki-based moves like Goku’s Kamehameha; however, the most satisfying thing to do is the final move.

Defeating the opponent with a Final Blast after having punched him all over the place is amazing, especially because of the cutscenes that come before the final moves. Unfortunately, only Freezer and Goku can make a transformation during the game, while the others can be chosen already in the Super Sayan form. Anyhow the roster wasn’t complete and the team might include new transformation and new characters afterward.

Since Dragon Ball FighterZ is 2D you won’t be able to completely destroy the environments, however, they will change after being hit by a powerful move. Many of you might see it as a step back for the series, but we can guarantee that after buying this game you’ll only be interested in improving and having fun with your favorite characters. 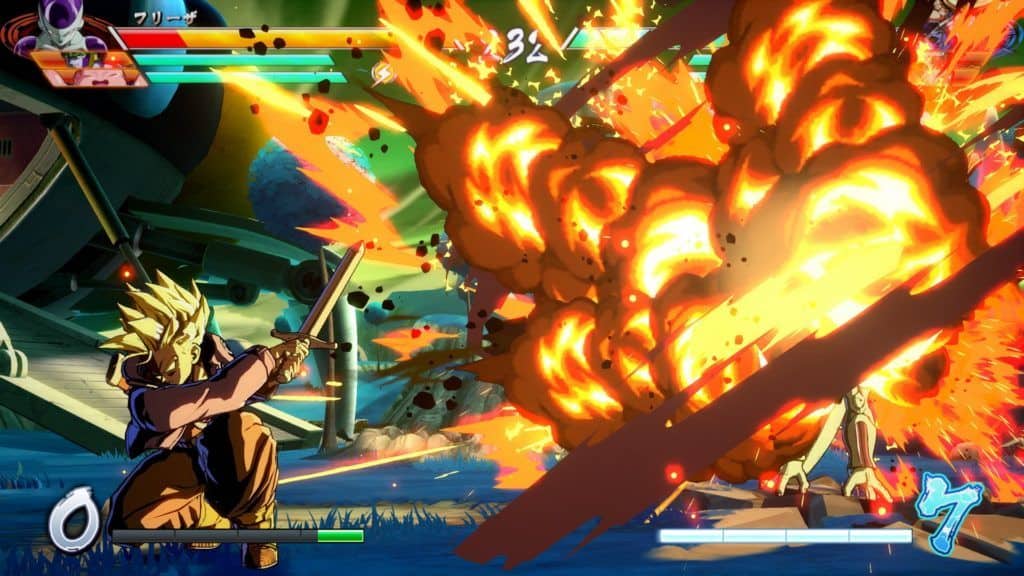 Technically speaking Dragon Ball FighterZ has given us a good impression. Animations are fluid, effects are good to see and there’s absolutely no lag. From moves to characters to sound, everything feels Dragon Ball as it should be, and we hope to be even more impressed by the final version of this fighting game.

We’ve played against other players so we haven’t tested the AI – since we’ve had very short time – either we don’t know what the story or the online modes will be like, but for now we can say that Dragon Ball FighterZ is a solid and well-packed game about the famous franchise.