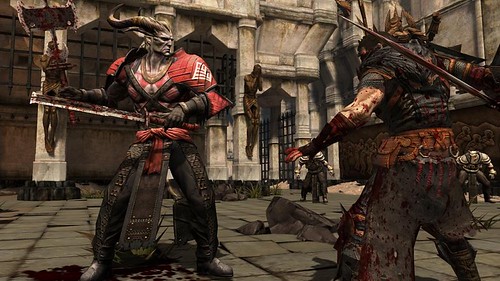 Bioware CEO Dr. Ray Muzyka in his interview with PC Gamer, shared his thoughts on what we should expect from Dragon Age 3. Commenting on the hot debate about the design decisions in Dragon Age 2, he said:

It’s interesting because the first reviews – the number of the reviews was also very polarized, awesomely so. Lots of 90+ reviews, we also got fans that I think in some cases who were expecting more Dragon Age: Origins, and there was a misalignment of expectation there.

When he was asked where the series is going next, he said:

What we need to do as developers is take that feedback from both sets of fans to heart and see about marrying that in future games in the Dragon Age franchise. I think that the team has actually got a great plan. I think the team is going to have some things that are going to surprise both sets of fans, both core fans and new fans with a marriage of these…the best from both games, Dragon Age: Origins and Dragon Age 2. And we look forward more to talking about that in the future.

Bioware has listened to the feedback of the fans and have consistently shared their thoughts on the next Dragon Age title that will be Dragon Age 3 and so far, it looks good. We wouldn’t see anything related to Dragon Age 3 in near future till than I just hope Bioware does what they have promised.