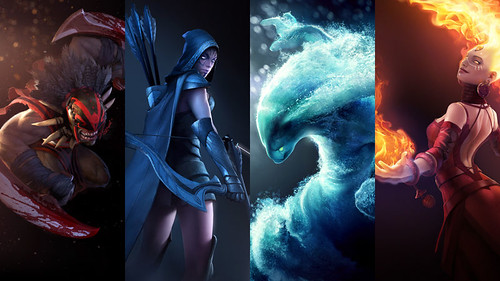 Locate the action, share your opinion, and get to know what others have to say. This is what Dota 2 offers in its unique spectator features. Recent updates from the Dota 2 team at valve have revealed its very own spectator features which have already been giving some tweaks in the gaming world.

This new thing will allow you to learn about hero type, or player name, perspective choices including player specific cams (to see their play from their POV). The Dota 2 is the first game ever that has introduced the” Directed Camera” option, which is an interesting feature that leads you to the site of action directly. Read what Valve executive had to say about this feature in excerpt below!

When you’re watching a tournament match, you’re usually watching it at the same time as a many other spectators. We wanted to improve the experience of watching live games, and the first problem we identified is that each spectator doesn’t have a shared view of the game. This makes it harder to have a conversation with other spectators around what’s happening onscreen, because everyone will be watching from a different position.

This problem led us to creating the Directed camera mode, where we were able to leverage our experience with Source TV to build a smart camera that knows what’s about to happen, and tries to make sure it’s in a good position to let you see that action unfold. So as well as being able to kick back and relax knowing that the camera will always be where the action is, you’re also able to talk about anything happening onscreen because you know that everyone else watching the Directed camera is seeing the same thing you are.

Let’s talk about this feature, we know League of Legends has a spectator mode so what different does Valve bring to the table ? and is it good – Share your thoughts.