Celebrate 25 Years Of DOOM With Slayers Club And Exclusive Rewards 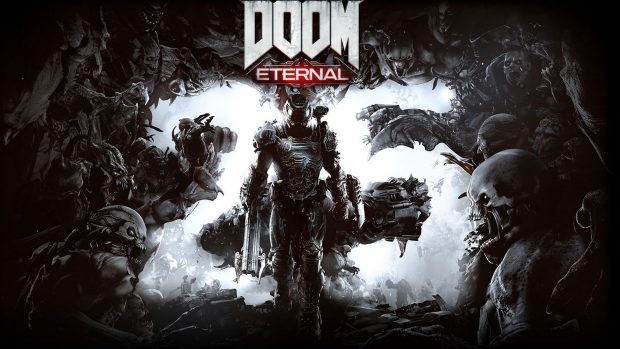 DOOM is one of the longest-running franchises in the game industry and the series has just turned 25. To celebrate these 25 years, Bethesda has introduced DOOM Slayers Club and the Year of DOOM.

Along with a short trailer for 25 years of Doom, Bethesda also announced the DOOM Slayers Club. Those who join the Slayers club will receive “25th Anniversary Zombie DOOM Slayer Skin” for DOOM Eternal when it releases.

Not only that, Bethesda has also announced the “Year of DOOM”. Year of Doom will bring events, contests, exclusive game content and more. Probably, you will have to be a member of the DOOM slayers club to take part in the activities.

Speaking of the game, Bethesda’s Fallout 76 ditched Steam for its own game launcher Bethesdan.net. However, the studio did note that its other games will release on Steam.

But for DOOM Eternal’s release on Steam in unlikely as Bethesda hasn’t decided yet. According to Pete Hines, just because Fallout 76 is not coming to Steam doesn’t mean the rest of the Bethesda titles including Doom Eternal will not be coming to Steam.

Given that Rage 2 is also skipping Steam for Bethesda.net, it is highly likely that DOOM Eternal will also be available through Bethesda’s own launcher. But, take it with a grain of salt until Bethesda confirms it.

Furthermore, Bethesda is also looking into mod support for Doom Eternal. However, it won’t be available at launch.

Game director Marty Stratton noted that the studio made some technical decisions with the game engine that focused on other stuff than mods. The studio has been trying to correct it for past several years in order to bring Doom Eternal mod support.

Also, the studio explained why DOOM Eternal isn’t called DOOM 2. According to devs, the reason is Doom 2016 as the problem stems from there. “You hear us say it all the time, we call it Doom 2016, and the internet has called it Doom 2016”.

Battle Royale craze is all time high and many developers are already introducing it to their games. However, Bethesda has confirmed that DOOM Eternal and Rage 2 won’t feature battle roayle.

According to the studio, they want to innovate with their upcoming games. Innovation means something new that hasn’t been done before and Battle Royale certainly isn’t an innovation at this point.

While we wait for DOOM Eternal release date, Bethesda has confirmed Rage 2 for May 14. Now Bethesda just has to announce Doom Eternal’s release date for 2019.

DOOM Eternal is a first-person action shooter in development at id Software. The game rolls out in 2019 for PC, Xbox One, and PlayStation 4.