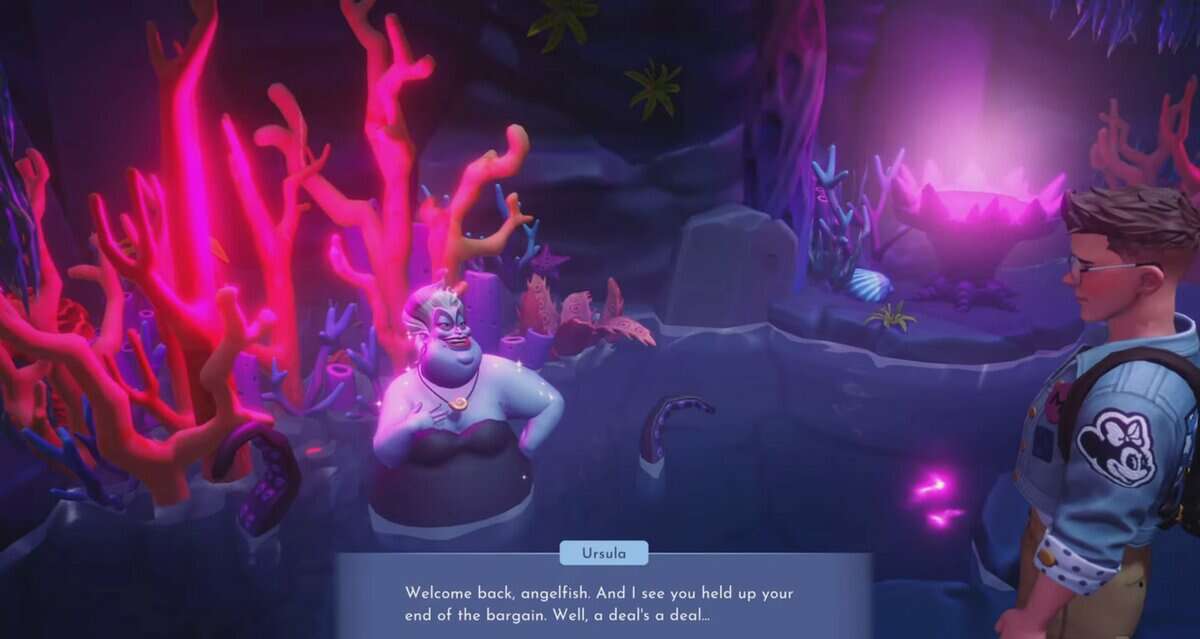 Same as any other questline in Disney Dreamlight Valley, you will find Ursula trapped inside a cave on Dazzle Beach in the Great Power questline with a puzzle that needs to be solved if you want to free her.

The puzzles can be a bit tricky for some people to solve, but worry not! because this detailed guide will help you free Ursula by solving the cave puzzle in Disney Dreamlight Valley.

How to free Ursula in Disney Dreamlight Valley

You can find Ursula stuck on the North East side of Dazzle Beach and when you enter the cave she will tell you about her curse and how you can help to get her out of the cave. You will have to solve three different puzzles to free Ursula that can be found on three different levels.

1st puzzle will be about placing gems on the required statues. You will need to find the gems in the open world to proceed to the next step of the puzzle.

After mining for these gems with a pickaxe, you will return to the cave and proceed to the next step where you have to place each gem on the statue corresponding to its color.

With that, you will solve your first puzzle of freeing Ursula.

You will find some clues to the second puzzle statue. The clues will be labeled as

After planting all the crops you will solve your 2nd Puzzle of freeing Ursula.

3rd puzzle will be of cooking a dish for the crops you planted close to the 2nd puzzle statue. You will be able to cook Veggie Pasta, the recipe of it which can be found inside the chest nearby.

Once you have cooked and consumed the meal, the final gate will open where you will find the Orb of Power. Collect the orb using the Fishing Rod and head back to Ursula. Place the orb in the pillar and that will free Ursula.