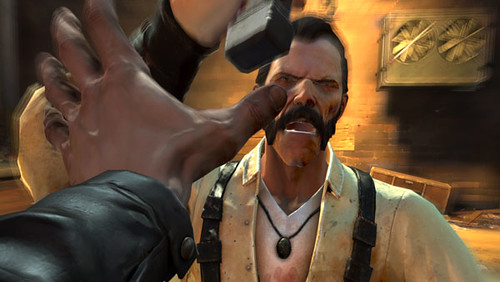 Weapons aren’t the only tools that will help Mr. Attano to seek his revenge; you will be able to make use of some supernatural powers. Interested? Our Dishonored Powers and Upgrades guide contains all the information about these supernatural abilities you can use.

If you want to have these powers, you are going to need some currency in the form of runes. You can spend these runes to purchase different powers, which can further be upgraded.

Now if you want to know that what good, these powers can do for you, the following short guide will give you the basic idea. For more help on Dishonored, read our Runes Locations, Bone Charms Locations and Sokolov Paintings Guide.

Agility
This ability/power will let Corno jump higher. If you upgrade it to level two, he will be able to run faster.

Bend Time
You may not be able to bend time, but if you get this power in dishonored, Corvo will be able to slow down the events in the surrounding. You can take advantage of it and deal with the foes with great ease. And if you get the upgrade, you will be able to stop the time completely. This can help you explore dangerous sections without the enemies giving you any trouble.

Blink
This power will let the protagonist teleport from one place to another. The speed will be fast enough that enemies won’t be alerted. Upgrading the power will increase the range of distance you can teleport.

Blood Thirsty
It will unlock Corvo’s adrenaline attack. By killing enemies, your adrenaline meter will fill up. And once it’s maxed out, you will be able to perform a deadly blow. Upgrading the skill will increase the adrenaline fill up rate.

Devouring Swarm
You will be able to summon some rats that will not only consume the dead but also attack the living creatures in the surrounding. If you upgrade the power, the rats will do the task more effectively.

Vitality
The vitality power will increase Corvo’s health. Upgrading it will make a portion of the health to regenerate over time.

The DLC packs include some new Powers in addition to some of the old ones. We have listed the new ones below for you.

Void Gaze
This will let you see the location of Runes and Bone Charms within a certain radius. Daud’s hand will glow if aiming to a Rune or Bone Charm. Upgrading this ability to level 2 will also let you living beings, their sounds, their cones of sight (yellow), resources (green), and machinery/traps (blue), and Daud’s sounds.

Pull
It can be used to lift inanimate objects, collect and pilfer items. Upgrading it will also let you lift bodies, living enemies are bound and can be choked out or executed.