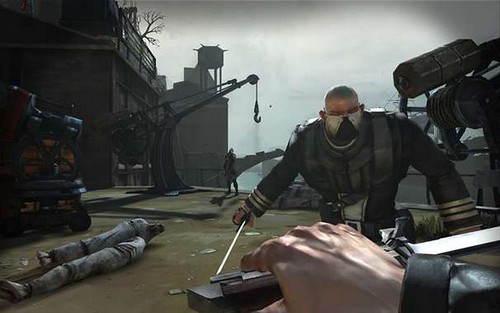 To unlock the Dishonored Poetic Justice achievement or trophy, you will have to neutralize all key targets using indirect means. While the achievement description explicitly says Indirect Means, but it doesn’t necessarily enforce it on all missions, somehow.

For more help on Dishonored, read our Clean Hands, Safe Combinations and Blueprints Guide. Here is what you can do to unlock this achievement.

Below are all the main game targets that you need to eliminate to earn yourself the Poetic Justice achievement or trophy.

Overseer Campbell
Assassinate him while he is trying to kill the Captain. Or choke him out when he enters the basement with the captain.

Twins
You can sell them to Slackjaw to serve as slaves. Talk to Slackjaw and complete a side mission her offers you. After doing that, he will take these twins as slaves.

Lord Regent
Go to the broadcast tower and talk to the broadcaster who will suggest getting Lord Regents tapes from his safe (935) and broadcast them over the air to dismantle his government. Doing that will not only complete the mission but will also unlock political suicide achievement.

Farley Havelock
Knock out Farley Havelock during the mission The Light at the End. Leaving Teague Martin and Treavor Pendleton to their own devices will not affect this achievement

If you did all the stuff as mentioned in the guide above, the Poetic Justice achievement should be unlocked for you.