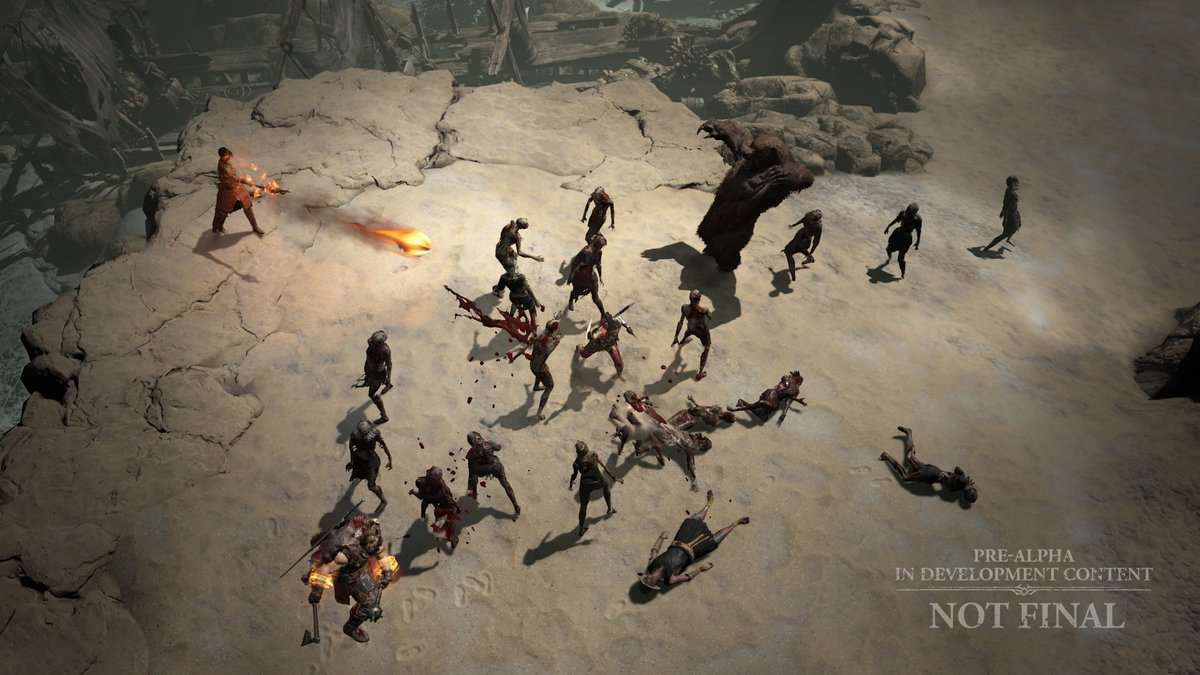 Diablo 4 combat is something the developers will be focusing on a lot as it’s the core of the whole experience. Developers have been under a lot of pressure as fans have high hopes and expectations from Diablo 4.

While discussing the “grounded” nature of Diablo 4 combat with IGN, game director Joe Shelly explained how they are trying to find a balance between momentum based combat and tactics. They don’t want the combat to feel too slow and at the same time, they do want players to use some tactics to deal certain enemies. So the Evade mechanic will play an important role against certain enemies and it will depend on players how they decide to go about a certain challenge.

Joe also explained the importance of having “clarity” on the battlefield in Diablo IV as making the right decisions with proper feedback will be an important part of the whole combat experience. Players will be able to see clearly what is going on in the battlefield so that they can adjust accordingly and feel the importance of enemy moves and their decisions during combat.

As we already know, Diablo 4 combat is primarily based on Diablo 3 however, Rod Fergusson has emphasized in the interview that while they want to make the combat in D4 more grounded, they have tried to find a balance between realistic and fast paced combat so it doesn’t feel too slow or over-powered.

They have reduced all the flashy feedback so the combat doesn’t feel all over the screen however, it’s not that it might not feel like a fantasy experience at all. So it’s all about find that “sweet spot” to have the best of both worlds. Naturally, with all that alpha and beta feedback, developers hope to keep improving that balance until the release date.