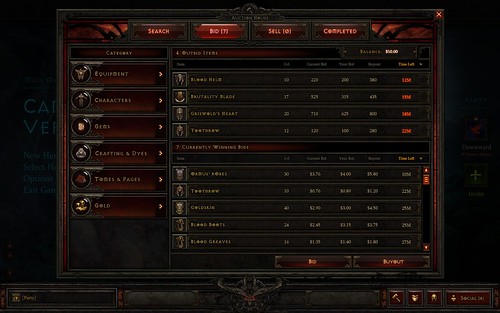 Diablo 3 will bring persistent friends list, cross-game chat, PVP matchmaking and a new revamped Auction House to Battle.net. Among these new features, ability to buy and sell your loot for the real money is a standout feature because we weren’t expecting anything as such.

This seems Blizzard’s response to Gold farmers and help Blizzard control Diablo 3 economy but let’s just first dig what this means for players. So, how the economy will work in Diablo 3 with this new currency-based Auction House ? find out below everything you need to know.

The new Auction House will feature auto-bidding and instant buyout price. Players will be kept anonymous during the process, and there will be one regional auction house per currency type.

Very few items will remain soulbound, everything else that drops can be sold in the Auction House, even the player characters. Auction House can be called anytime during the game with a press of a button and items can be sold either through your current character’s inventory or from the shared inventory.

You can search for items or let the system work to find you the best suitable items based on your current class and equipment. There will be a listing fee and sale fee associated with every transaction that you do through Auction House. 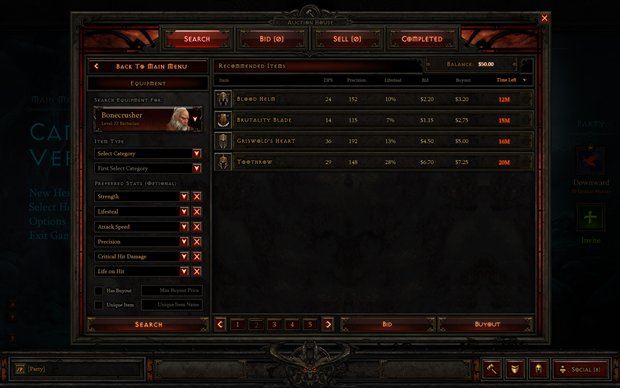 Blizzard will basically act as an intermediary ‘Broker’. This nominal as Blizzard designer puts it, will help keep the Auction House clean as well because players will only list noteworthy items since there is a fee to list the items.

You will also be allowed to list few items free per week. We don’t know how many but consider a set number. Blizzard has also promised not to put gameplay enhancements or any other type of items on Auction House. You can add funds in your Battle.net e-balance or you can use third party cash-out feature of Battle.net to purchase items in Auction House. 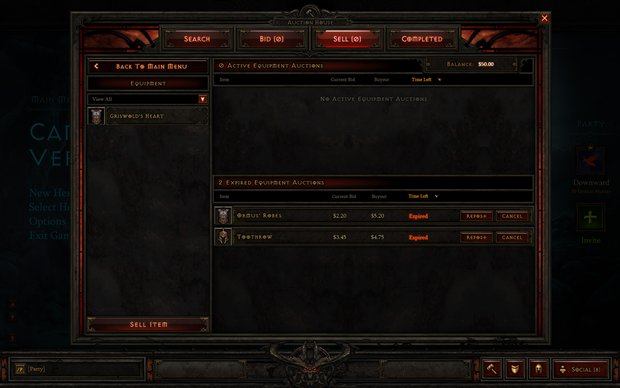 Blizzard hasn’t sorted out the third party provider for such a service yet but expect something close to Paypal. The default is e-balance which lets you add funds in your Battle.net account which then can be used for Blizzard services (Purchasing items, character transfers, subscriptions etc).

The new Auction House doesn’t mark the end of Player-to-Player trade which will still prosper along with an in-game Auction House that uses gold and you can’t use real-world money for any other trade (Player-to-Player) but in currency-based Auction House. You can’t sell your hardcore characters. Only the in-game gold one’s can be sold through Auction.

Blizzard won’t be responsible for any change that a patch brings to an item or something that you bought in Auction House and won’t be liable to provide a refund in such cases.

Blizzard Executive vice president of game design Rob Pardo describes this Auction House as a perfect fit for Diablo 3 and something that players already want in the game. This is a big move by Blizzard and we are interested to see how Diablo fan base would respond to this.