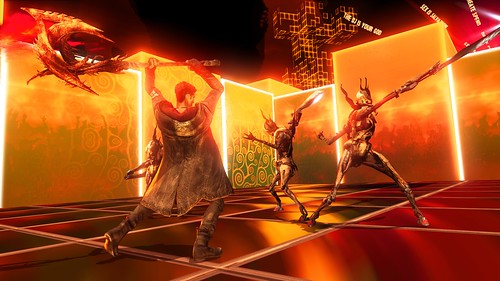 Ninja Theory has released another trailer for the upcoming reboot game of the Devil May Cry series. This one showcases some combat and – more importantly – the soundtrack for the game.

Visually, the game looks great, and the combat looks like fun, and if I had to be honest, the soundtrack sort of seems to fit the kind of character they’re trying to portray with the new Dante and the tone of the new game. Even if Nu Metal does make my ears bleed.

It does seem like the kind of game that will actually do justice to the DMC franchise so fingers are tentatively crossed at my end. The game will be released next year for the PS3 and Xbox 360. Tell us what you think in the comments below.