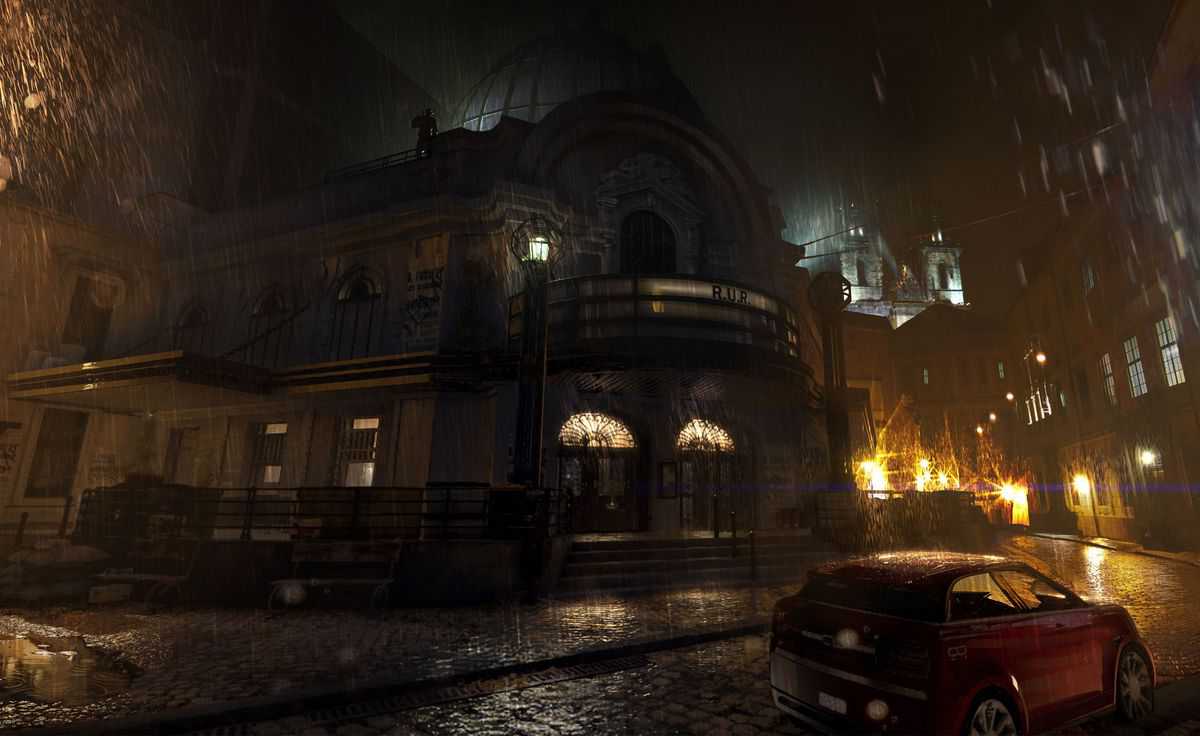 Deus Ex: Mankind Divided Prague Story Missions – Checking Out TF29, Claiming Jurisdiction, Taking Care of Business – Guide to walk you through the first series of missions during your first visit to Prague.

During your first visit to Prague, you arrive at Ruzicka Station and walk through the terminal with Vega. After the cut-scene, you arrive at your apartment and start to get things done.

Our Deus Ex: Mankind Divided Prague Story Missions Guide walks you through everything you need to know about completing Checking Out TF29, Claiming Jurisdiction, and Taking Care of Business.

Reaching the TF29 Complex
You will need to head over to the northern part of Prague to get to TF29. Once there, make your way towards the marked store and head inside the backroom. Once you are there, use keycard to take the elevator down.

Loot!
Try searching the offices for some decent loot on the first floor and then take the north-side stairs to reach the second floor. While on your way, you will bump into Aria who will provide you with the shooting range pass.

In one of the offices on the right-hand-side, you will come across Peter Chang. Try to console the man and inquire more about ongoing hacks which will allow you to start Samizdat optional mission.

Planting the Chip
While you are here, you can join Aria in the shooting range, speak with Macready, and Singh – provided he lived in Dubai. Once you are done with these things, head back to the first floor and get an NSN keycard from the locked IT support area using code 5545.

With the card at your disposal, head over to second floor and inside the NSN server area. You can access the inner server room via hacking or using the crawl-space in the upper-left corner.

Speaking with Miller
After you are done with the chip, head over to the nearby office to speak with Miller. This brief conversation with Miller changes depending upon whether you spoke with Koller earlier or not.

Either way, once you are done with Miller, head over to the main area using the elevator, leave the TF29 complex, and complete one of the Deus Ex: Mankind Divided Prague Story Missions.

One important thing to note here is that the game’s story changes a bit depending whether you complete this using full stealth or not! For your convenience, I have provided both combat-based and stealth-based walkthrough.

Finding Evidence
Combat Approach
There are a handful of officers on the lower level. You need to take cover and start with a headshot on the first officer. This will alert the other two so make sure to dispose them off before the reinforcements arrive.

After dealing with the reinforcements, loot the bodies, and climb the stairs – the officers on upper level will be completely unaware of your actions, giving you an element of surprise.

Try to go in with a grenade and use your best weapon to deal with the armored Exo Trooper. You need to constantly stun him by constantly firing at him or try to score headshots with a shotgun. Try to stay behind cover as much as possible and only emerge after you have dealt with the adversaries.

Once you are done, grab the evidence and meet up with Smiley in TF29.

Stealth Approach
Since there is actually no point of ruthlessly murdering the cops, it is a good idea for everyone to follow this approach – at least for this particular mission.

To get started, normally approach the police officers and head inside the left-hand-side room when you are asked to back off. Once inside, hack a computer, grab a security card from a closet, and use it to head inside a restricted area on the other side of the hallway.

Stick to the corner in order to avoid the camera and find a passage with a ravel heading up. Make your way through the area by climbing the ladder – do not worry about the noise – and into the vent.

Once you are there, stick to the left-hand-side to reach the middle of the room – make sure that you are not seen by the patrolling officer. Use the vent to reach the northern rooms and then head into the evidence area.

Grab what you need, retrace your steps, head to TF29 and hand Smiley the evidence.

Clearance for Next Missions
You need to head over to the first floor of TF29 to meet with Dr. Auzenne. Once there, answer her questions, and leave the area.

From there, head over to a LIMB clinic nearby to meet up with Vega. Once there, either hack your way in or use the code 4464 in order to head inside. Once inside, head downstairs to speak with Vega.

From there, head over to a nearby helipad to meet with Miller. In order to enter the building, enter the code 4465 and meet up with Miller near the helipad who will brief you about your next missions.

This is pretty much all we have on Deus Ex: Mankind Divided Prague Story Missions Walkthrough Guide. If there is anything else you would like to add, let us know in the comments section below!