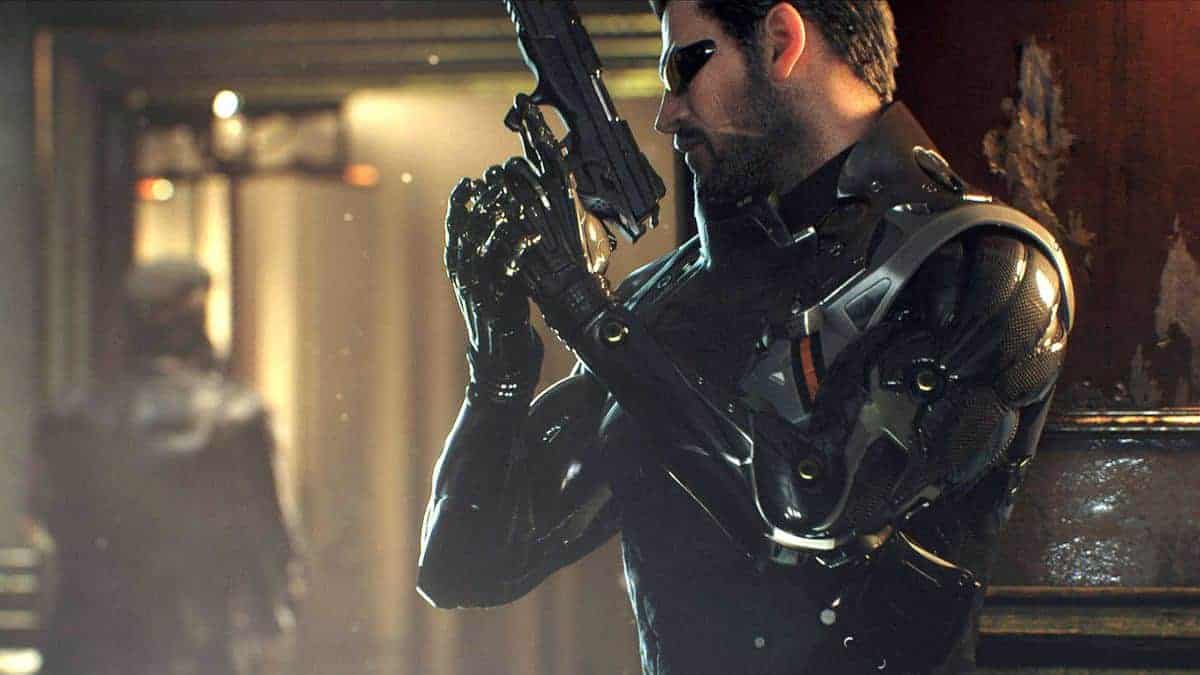 Following your third visit to Prague, you embark upon the game’s final series of missions in London. During the flight, you are briefed about the Deus Ex: Mankind Divided London Story Missions with Macready, Miller, and the entire team.

Our Deus Ex: Mankind Divided London Story Missions Guide walks you through everything you need to know about completing Securing the Convention Centre and Stopping Marchenko in the game.

After arriving in London, you meet with Miller and Brown and are asked to meet Liam Slater in the Central Security Offices.

To do so, take the elevator and speak with Janus during the journey. Once you are there, head to CSO and override the security to proceed through the mission.

Similar to earlier missions, you can employ combat approach or stealth approach to complete the next portion of the mission.

Combat Playthrough
You need to make sure that you have EMP at your disposal and kill x2 men in the first hall. Once done, kill another man in the far off office and use the EMP on a Sentry Robot roaming the area.

Once the area is under lockdown, head over to the west side and kill the enemies from there. You should try and break the vent in order to see enemies coming ahead of time and even kill a few of them through the vent.

In addition to normal enemies, there are some enemies with Invisibility Augmentations who are hard to deal with – keep this thing in mind. Once you are done with enemies, jump to the ductwork and inside the main office.

Once you are inside the main office, disable the computer to receive key code 5395 to activate security override switch. After you are done, kill anyone left behind and proceed ahead.

Stealth Playthrough
From the main hallway, talk to the CSO security guard and then leave him be without saying anything. From there, remove one of the soda machines and crawl inside the grate.

After arriving in the next room, interact with the security terminal to disable security features in the area.

Once done, use the other path through the vent to head over to north side and eventually arrive in another hallway with a couple of guards looking away from you.

Make sure to quickly dispose them off one after the other and hide their bodies from the patrollers in the area.

Once done, head over to the room on your left-hand-side and use the vent to head inside a hidden area. From there, use another vent leading into the lower side of the CSO – on the sixth floor.

After Miller’s call, knock down the only man in the room and continue to lure more men into the room and knocking them out. Alternatively, you can also rush to the CSO with precision and good timing.

To do so, go under the stairs and inside a storage room. Once there, move a few crates to reveal a vent which takes you to the front doors of the main CSO.

Make sure not to get spotted by the camera using Invisibility Augmentation if possible and then head inside the main office.

Once you are in, use the key code 5395 override the security and trigger a small cut-scene. Once done, loot everything in room and head out using the unlocked elevator.

There are a total of 11 guards that you either need to kill or knock down during the course of this mission. However, do note that you need to do this without cameras and civilians spotting you.

Keeping this in view, we are solely focusing on reaching the objective using stealth.

Level 2 has x3 men as well. To deal with them, head over to northern side of Level 1, jump from the railing to reach Level 2, and get behind x2 men. They take a lot of time patrolling so taking them down one after the other should not be difficult. The last one is inside non-restricted zone and is fairly easy as well.

Since there is nothing on Level 3, head over to the Level 4 restricted area from the lower levels and deal with x3 men. Make sure to take a few seconds to memorize their routes and then deal with them.

There are only two men on Level 5 and are not too hard to deal with. You just need to avoid getting detected by camera, make sure to get directly behind them, and then perform a takedown. Once done, make sure to hide the bodies and grab the access key.

Once you have the key card, head back to Level 4 and through the door leading to the Catering Area – from the restricted zone. There are a couple of men in there so make sure to take your time while dealing with them.

After you are done, head over to the kitchen and meet with Miller. After speaking with Miller, you are asked to make a decision regarding which mission you want to complete first – saving delegates or dealing with Marchenko.

Do note that both can be completed without any difficulty.

After the brief cut-scene, you are required to deal with Marchenko. Since it is a difficult boss fight to take head on, I recommend going with stealth approach which makes things way too easy.

After the fight start, you need to stay hidden in front of the Exhibition Hall. After a while, Marchenko opens fire at you without exactly knowing your position.

Wait for him to come a little closer and then stun him using your Tesla Augmentation followed by a quick charge forward and a takedown. Once done, search the man for loot. Remember that you can also use EMP for the same purpose, but the Tesla Augmentation is clearly superior.

With Marchenko down, you complete the mission.

This is all we have on Deus Ex: Mankind Divided London Story Missions – Stopping Marchenko and Securing the Convention Centre – Guide. If there is something else you would like to add, let us know in the comments section below!