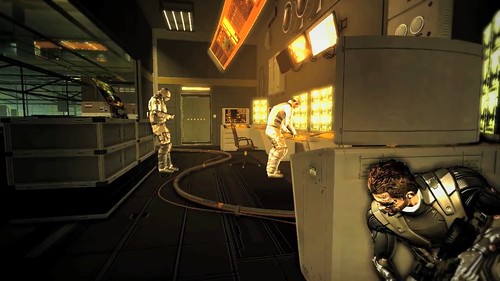 Yes, Deus Ex: Human Revolution will undergo censorship in Japan. Basically by doing that, Japanese Censorship will be protecting audience from ‘Body Organs and Sexual Objects’. Sounds a bit vague but OK as long as the game gets released, we are fine.

The first edit in the Japanese version of the game will be the removal of a cut scene that shows a character with their ‘Organs Exposed’ and second edit will be the removal of an unknown ‘sexual object’ from one of the game’s maps. Deus Ex: Human Revolution will get Cero Z rating in Japan, that is equivalent to ‘Adult Only’ everywhere else. These were mandatory removals since Japan restricts the display of these material.

To compensate that, Japanese version will include a bit of extra content. It will include English Voice track and pre-order bonuses include – weapons and additional missions. There won’t be any English Text in any of the version though. Deus Ex: Human Revolution will launch on September 8 in Japan roughly two weeks after its North American release.