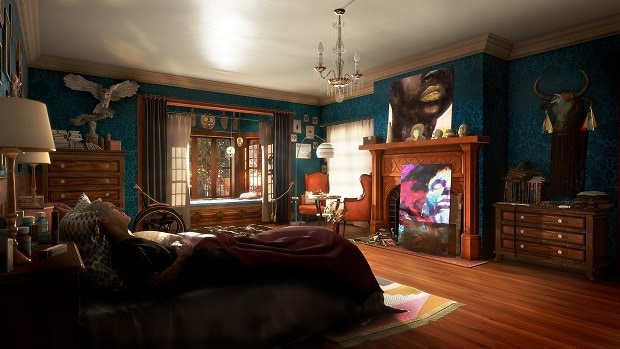 To take all possible routes in this chapter of the game, you will need to play through twice to trigger two different endings.

There is only a single objective in this chapter and one that will branch out only towards the very end to give two different conclusions to the chapter.

After pouring out a glass of scotch for your master Carl, you will be asked by him to head to a studio. Choosing to go alone or with Carl in his wheelchair does not matter.

Leo will then become cross at you for telling him to leave. He will start to put his hands on you and then on Carl (who’ll try to stop the fight). Carl will ask Marcus to not fight back and Leo will keep assaulting him. During this, you will be able to operate the Mind’s Palace and become a deviant.

It is here that you have to choose from two possible choices upon Carl’s command. He orders you to take the beating from Leo. You can either obey or decline this command. No matter what you chose, the fate for Marcus is fixed.