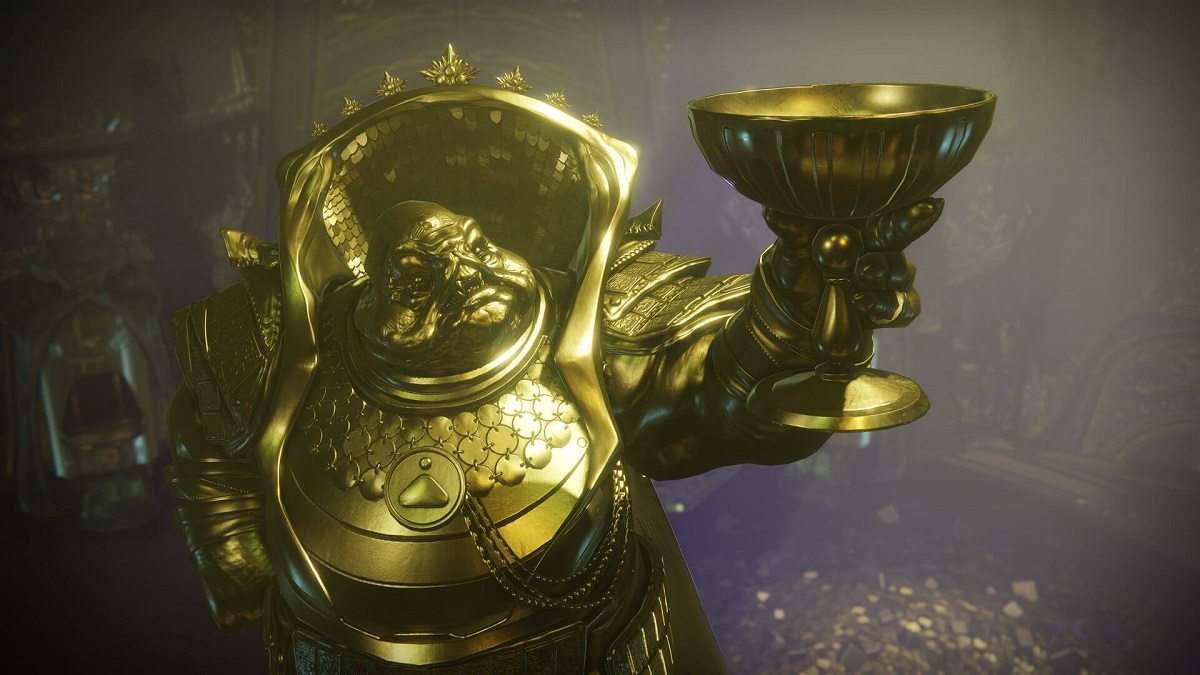 Destiny 2 Crown of Sorrow raid is finally here with the arrival of Season of Opulence in Destiny 2. The raid sends Guardians into the Leviathan Lair of Emperor Callus. The raid is said to be the hardest and biggest raid hence why you need to be patient and even though the raid does not have a heroic mode, it is best that you come prepared. This raid is going to require a lot of grinding, therefore, make sure you come to play this with a lot of time on your hands.

You will be exploring the section that has been taken over by the Hive. The raid will surround around the Witch’s Blessing which is a buff that will allow your players to shoot the unbeatable enemies but the players are also going to be stuck with a bomb. You can defend save yourself from dying by sticking the bomb on someone else.

Your goal is to reach Gahlran, the final boss of the raid and defeat him. Now how you are going to do that might take a lot of your time and will make you grind. The raid will be divided into four parts.

Encounter #1 is to survive until the mob groups are spawning. You will do this by creating three teams. Left team, middle team, and the right team.

These three teams will be made by pairing up two people in each of the team. The purpose of having two people in one team is that one person will be blessed and one will be non-blessed.

The blessed player will have the Witch’s Blessing hence why they will be the only one that will be able to kill the blessed enemy while the non-blessed player can kill all the other.

After the blessed players have shot down the blessed enemies, sadly their job does not finish there. Now they will see a timer on the left side.

If the timer finishes and you have not yet transferred the blessing to your partner then soon you are going to be turning into pieces as the bomb goes off.

When the timer starts, make sure that you gather all the players, blessed or not, near the purple ball and then destroy the ball.

When the ball gets destroyed, the blessing is going to transfer to the players who were non-blessed, the former blessed players will become non-blessed, and again you will have your team completed. The timer will also turn off.

Keep repeating the cycle by destroying the crystals, surrounding the purple ball and swapping the blessings. This way you will survive and this is all that you have to do in this encounter.

This encounter requires the same grinding from you but this one has just a small twist.

This encounter also requires you to get blessings and then killing the blessed enemies while the non-blessed ones are going to kill the other enemies and then swapping the buffs by standing near the purple orb but here when the teams destroy the crystals, new platforms are going to spawn.

This platform will spawn near the next purple orb and if by anyway your team gets wiped this is going to provide you as a checkpoint and when you die your team will respawn here.

Now a platform will appear taking you to the purple orb that you are going to destroy in order to swap the blessings.

In the third encounter, you will be standing in the arena. The arena will soon split into three sections. Here you are going to apply the same strategy that you have been applying since the first encounter.

Split the teams into three with each having a pair of two players. In this encounter, you do not have to make sure that all three teams have a blessed and non-blessed player though doing it just like the previous encounter is highly suggested.

Now that your fight has begun, your arena will be divided into three sections by transparent walls. Gahlran’s deception will be walking around the arena and to save yourself from him you can stand on the raised areas of the arena.

Mobs will start spawning now. Wizards and acolytes are supposed to be killed by the non-blessed players and after killing them the ogres will spawn. The blessed players can only take out ogres.

If you have not kept it the same way as before and you do not have one blessed and one non-blessed player in the team then kill the mobs that you can.

Your main goal is to kill the ogres in order for the purple orb to appear. By destroying the orb is the only way you can swap the buffs.

When the orb appears you have to make sure that you swap the buffs in a way that the section that is swapping and the swapping that is receiving the buff, after swapping both have one blessed and one non-blessed player.

To swap the buffs the players are supposed to stand in the circle that is surrounding the purple orb. Transferring the buff will bring down the transparent wall between the two sections.

Now what you have done here has to be repeated again with the other section so that all the walls come down between the team. Kill the mobs in your sections until the ogre appears and then kill the ogres.

The purple orb will be activated which is supposed to be destroyed to transfer the buff and bring down the wall. After all, this is done; make sure that you have 4 blessed players and 2 non-blessed players in the arena.

Gahlran’s Deception will be still out there walking and he also has a shield around him that can only be taken down by the buffed players and only the non-buffed players can try to kill the boss.

The buffed player is going to melee the shield that will damage it and eventually break it. After the shield is broken, the blessed player will lose his buff and now he can hit Gahlran’s Deception.

If you are a blessed player and it is not your turn to attack Gahlran’s Deception then it is best that you stay away from him when his shield goes down, as a blast will happen and if the blessed players are near at that time they may all lose their blessings.

Since you have four blessed players that means that you have four chances to take down the shield and try to kill Gahlran’s Deception in that time.

When all the four buffs are finished, the cycle will repeat and you have to repeat the entire step mentioned above.

Gahlran is a very powerful boss hence make sure that your power level is high enough when you go out there to fight him. Your fight with Gahlran will take place in the same arena where you are present during your third encounter.

To activate the battle you have to go to Gahlran and shoot him that will cause the battle to start. As the fight activates, the Gahlran is going to make two more clones of himself.

Just like you have been doing since the first encounter, here as well you are going to divide the players into three teams with each having one blessed and one non-blessed player.

While you are killing the enemies, crystals are also going to spawn in the arena that you have to destroy before the timer goes off.

Send a team of one blessed and one non-blessed player to destroy the crystal and do it before the timer does off otherwise the whole team is going to be wiped off.

When you clear out the crystals, cursed thralls are going to appear which the blessed players can only takedown, you have to take them down quickly, they are really powerful, and ignoring them can cause trouble for you later.

After this, you need to quickly swap the buff with a non buffed player before the timer on the left side of the screen goes off and you turn into pieces.

Destroy the purple orb while standing in the circle that is surrounding the orb. Shoot the orb to destroy it and that will cause the buff to transfer to a non-buffed player.

After you kill the cursed thralls, two ogres are going to follow after them that are supposed to be taken down quickly as well. To take down these ogres you can only use the non-blessed players.

There are three axe bosses in the arena as well. Look for the axe boss and then send a pair of blessed and non-blessed players towards him. Melee attack him to break his shield and slowly try to bring to in the direction of the final boss.

If you are able to break his shield then you will leave him stunned. Look towards Gahlran and axe boss. You will see his hand glowing and you have to shoot it quickly which will cause him to smash his hand down on the axe boss that will kill him.

You have to do the same with all the axe bosses. After all of them goes down it will leave Gahlran vulnerable and a bit easy to attack.

Remember that everything will be happening simultaneously hence you need to be alert and present all the time and complete all the tasks in order to stay alive.

Now you know that Gahlran is not alone, instead, there are three of them. You have to find out the two fakes to start your fight with the real boss.

You have three teams and you have three bosses that easily means that each team of blessed and non-blessed players is going to go to each boss.

When the eyes and hands of the boss glow, you have to shoot the hands and then the eyes. If you shoot correctly then both the fakes will disappear leaving you with the real boss alone.

A crystal will appear near the giant monster that means that you have to swap your buffs now. When he raises his hands to attack, again, shoot both the hands down first and then go for the eye. He will become vulnerable and open to attack.

Keep repeating the steps and soon you will be able to take down the boss. This is all we have in our Destiny 2 Crown of Sorrow Raid Guide. If you have anything else that you would like to add, be sure to let us know!