Depths of Fear: Knossos Is A Throwback To Greek Mythos 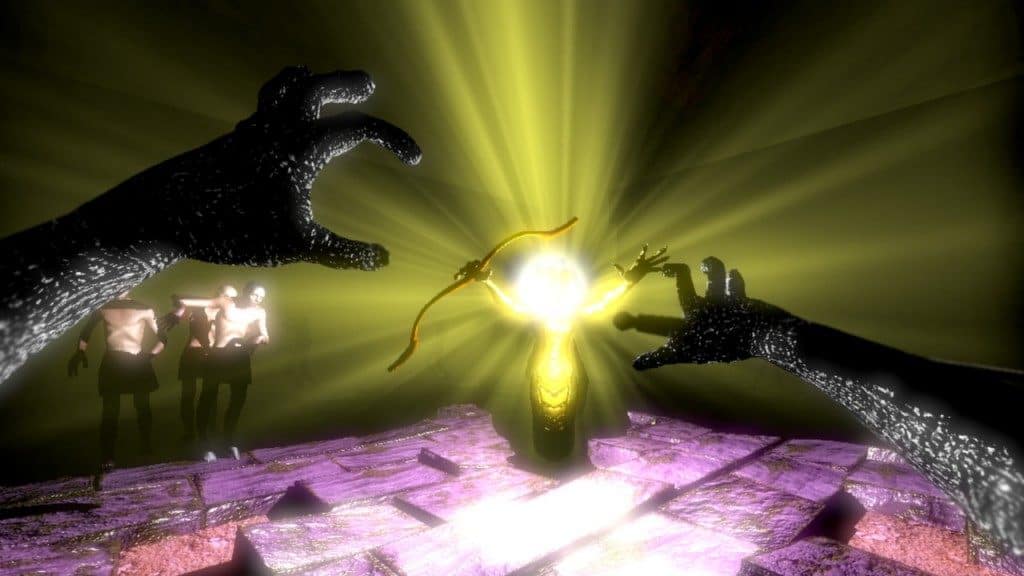 Online store Steam had another one of those days where over a dozen releases came out yesterday, so it’s like trying to win the lottery picking up a new title. From the stack of titles brought out, we picked out Depths of Fear: Knossos, because it just looks alluring.

There are several reasons for the pick. First off, its first-person adventure is randomly generated, meaning that no playthrough is ever the same. That’s always a plus.

Then, there’s the game’s theme, deeply embedded into Greek mythology. Players must navigate through random mazes that house epic beats, such as the Satyr, Cerberus, Minotaur and Medusa.

Depths of Fear: Knossos amplifies this atmosphere with dark environments that could house all manners of foul creatures. Lighting will also become important to sneak around, implementing a stealth system to the game.

As an added layer, Depths of Fear: Knossos has books lying around that can be collected. These grant the powers of the Gods to help defeat evil.

Additionally, the game only costs $5.99 and currently enjoys a 25% discount, so that’s definitely a low entry price.

Still, perhaps the biggest draw point to Depths of Fear: Knossos is the sum of its parts. Admittedly, the visuals are outdated and the sound definitely needs work and that has no excuse, but it weirdly also has redeeming factors.

Movies like Jason and the Argonauts or the original Clash of the Titans have an undeniable charm that has since passed from moviemaking. Depths of Fear: Knossos can be a small piece of reconnection to that era now gone.

Then again, Dark Souls II released on Steam on the same day and that pretty much does a similar thing, except in a non-random environment. It’s a little pricier though, so maybe this is a leg-up for cash-strapped gamers.