How to Defeat Zelda: Breath of the Wild Guardians 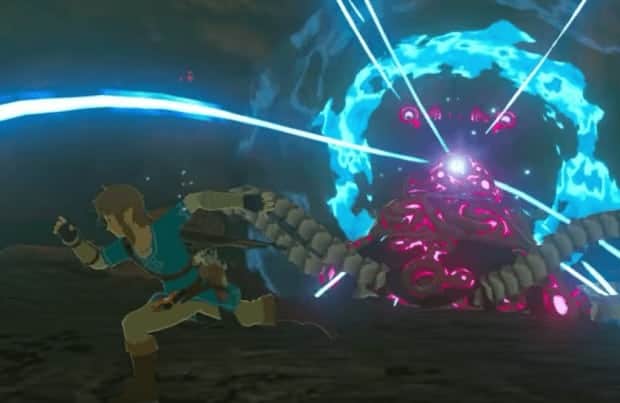 Guardians are one of the most fearsome enemies in Legend of Zelda Breath Of The Wild and happen to make quite the unbreakable force that can only be toppled with the right strategy; banging your head straight through isn’t as viable of an idea as it sounds.

Guardians present a serious challenge to the player and they are quite difficult to fight. How to Defeat Zelda: Breath of the Wild Guardians guide will help you better understand their movement and how to position yourself accordingly.

How to Defeat Zelda: Breath of the Wild Guardians

So, this guide will help you defeat all types of Guardians and what are the best weapons against them.

There are a total of four types of Guardians in LoZ Breath Of The Wild that players will encounter throughout in the game’s world.

There is Decayed Guardian who has lost its legs to the rust but still packs a punch and can still rotate its torso. The second type of Guardian is the fully functional Guardian that has many limbs.

The third one is the Skywatcher, which is a flying Guardian that patrols certain areas of Hyrule. The fourth one is the Turret Guardian, which is only found on the ramparts of Hyrule Castle and this Guardian can’t move but can adjust their height to deal damage at a long range.

Parrying the Guardians
Before we get into the textbook basics of how to take down a guardian; let’s take a look at a riskier method. However, with great risk comes a more efficient way to take the guardian down.

With your shield, you can do wonders, and using it, you can reflect the guardian’s attack right back at it. The timing has to be precise and just right, and if executed correctly, you will end up taking out a great chunk of the guardian’s health.

Wait for the laser cue, and once the Guardian’s eye starts glowing and energy starts to gather, press the A button and parry the attack. Mobile guardians will generally take three hits, while rooted guardians will perish after one parry

How To Stun And Disable Guardians
When the game starts many of you might have noticed that the most of the low-damage weapons do not deal any damage to the Guardians and the only weak point they have is their eye.

To stun a Guardian, shoot its eye using an arrow which is the guaranteed way to stun them as its head spins around to recover from the attack. If you can’t deal damage to the Guardians then stunning them is the best way to run away.

When you have powerful weapons and armor then stunning them is the best way to take them on. Just use a bow to target the eye and one it is stunned, move in and deal some damage.

Also, note that immobile Guardians take more damage and are easier to hit and regular Guardians and Skywatchers tend to move around a lot making it hard to register a hit.

Regular Guardians and Skywatchers can be fought in two ways, either you can immobilize them or you can slow down time to make a perfect hit to the weak spot.

Immobilizing the regular Guardian is a risky move but it is an effective way to get rid of them. All you have to do is stun them and attack its legs to destroy them. Once all of the legs are destroyed the Guardian will be unable to move and you know the rest.

As for the Guardian Skywatcher, just shoot fire explosive arrows at its propellers and it will fall to the ground and then you can finish it off easily.

Also, you can also try out some fancy way to get in the air to take them out like using updrafts caused by fire and jumping off your horse. Also, it is important to make your shot count while doing this because once you land you will be out of stamina and horseless.

Best Weapons Against Guardians
While facing the Guardians one requires durable and powerful weapons to defeat them. The Guardians are most vulnerable to weapons of their time meaning Ancient Weapons. These weapons can be found in the shrines throughout the Hyrule.

If you are in no mood of clearing the shrines then you can also but these weapons from Akkala Ancient Tech Lab located in the northeast part of the map. Here you can trade ancient parts or rupees for weapons and armors.

The best weapon to take out a Guardian in a single shot is Ancient Arrow. If fired with precision into the eye of the Guardian it will instantly kill it. If the shot does not hit the eye it will still deal some serious damage.

As it is important that these shots hit their mark, use slow motion while aiming with the Ancient Arrow to make it count. The Ancient Arrows found in Akkala Ancient Tech Lab and in the chests inside Hyrule Castle.