Deck 13 Comfortable With The Surge 2 Being A “Soulslike” Title, Has Carved Out Its Own Identity 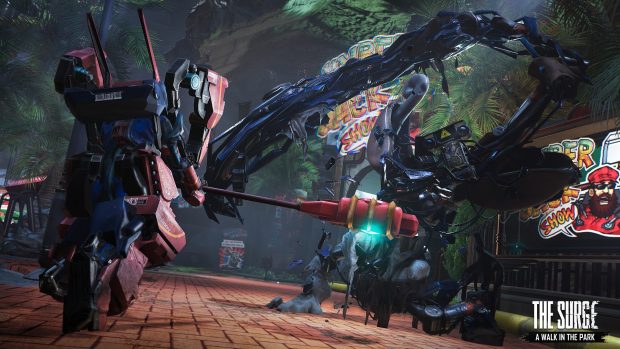 The Surge 2 is a sequel to critically acclaimed The Surge which not only improves its mechanics but also expands the world and its lore. Games like The Surge are often called Soulslike games as they are obviously inspired by Dark Souls franchise and developer Deck 13 is comfortable with it as the studio has created its own identity in the Soulslike genre.

Speaking with PlayStation magazine, head of game design Adam Hetenyi talked about The Surge 2 and how it improves and separates itself from the first game.

I totally consider [Soulslike] a genre, but that we’ve carved out our own identity in the genre.

He further noted that apart from making its own identity based on its world The Surge 2 also distinguishes itself with its revamped action. The studio has done it by “playing up our body part targeting, and the way you make yourself stronger, and interact with the world”.

“[We’re] really just trying to build up everything from before and give players more and more ways to customize their own gameplay. The more that we do this, the more we expand in our own direction and continue to build on our own take on the genre.

This time around The Surge 2 takes place in the Jericho City away from the closed environments of CREO factory.

This not only helps to keep the game fresh and engaging but, it also opens up opportunities for the developers to expand the game in ways they never thought they were possible.

Developer Deck 13 showcased the gameplay for The Surge 2 during Gamescom 2018 and from what we have seen so far the developers have done an incredible job at expanding the game in terms of combat and environments.

The Surge is an action-adventure game in development at Deck 13 and will launch sometime in 2019 for PC, Xbox One and PlayStation 4.