A release date for the Dead Rising remasters and a triple pack containing all three games was recently spotted on the Xbox Store. 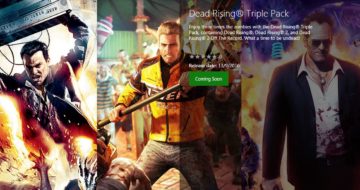 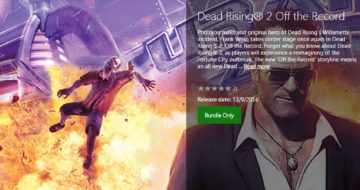 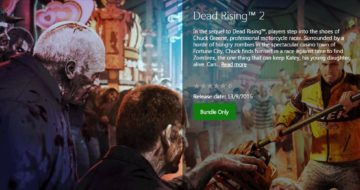 The remastered version of the original Dead Rising was leaked from a list of trophies after which Capcom officially confirmed it along with Dead Rising 2 and Dead Rising 2: Off the Record for PlayStation 4 and Xbox One.

Capcom will be bringing Dead Rising to Xbox One, PS4 and PC. In addition, Dead Rising 2 and Dead Rising 2: Off the Record will make their way onto Xbox One and PS4. We will have more news to share soon.

In relevant Capcom news, the studio has said that the Capcom Pro Tour DLC for Street Fighter V will be used in order to support the continuation of community events instead of going into company’s pockets. The $25 USD DLC includes a variety of costumes and a new variation of Alex’s stage. To read up more, head over to the post!

During E3 2016, Capcom also announced that it is working on Dead Rising 4 which is scheduled to release on Dec. 06, 2016 for Microsoft Windows 10 and Xbox One as a timed exclusive.