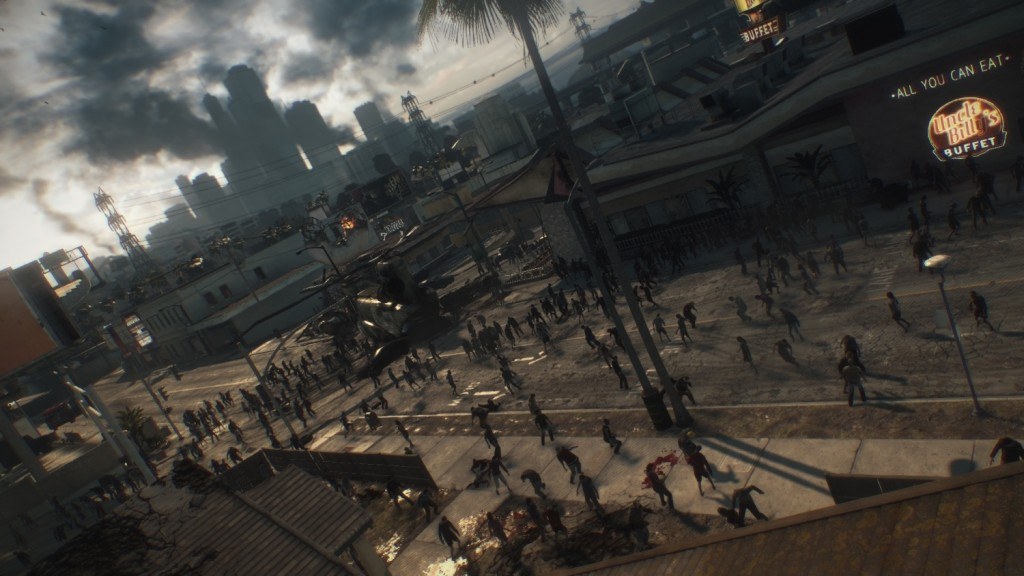 Seven sins have always been there since the Biblical Times. To this date, there has been endless references to these sins in various entertainment industries, and the most recent one is found in Xbox One exclusive; Dead Rising 3.

Scattered throughout the world of Dead Rising 3 are seven Psychopaths, which are inspired by seven sins. Defeating these seven Psychopaths unlocks an Achievement for each of them. However, doing so is not an easy task and this is exactly why we have compiled this guide for you.

Following are the Psychopaths you will encounter along with the final boss:

Zhi
During Garden of Peace mission, you will be notified that this Psychopath is in close vicinity. Although this fight is not hard at all; boosting your health before getting in the fray will work to your advantage.

Trying to engage him in close combat is not recommended at all and you should work on getting a decent medium to long ranged weapon. You can also try to craft a Dragon Punch which is very lethal against him.

While in the fight, you will see several shotguns and handguns scattered in the area which can make this fight pretty simple.

Albert
This fight is basically based on hallucinations where you must take out the real Albert among his clones. You must avoid hitting the clones at all costs as they will do considerable amount of damage to you and you will not be able to do any damage to the real Albert.

Once the fight starts, you will have to look for the real Albert in the different hallways.

He is pretty easy to spot as he will be seen drugging some people. Once you spot him, grab a Organ Cooler and throw it at him followed by melee attacks. Keep on repeating this process for an easy win.

Darlene
This can be regarded as the one of the easiest fight of all! Have a short to medium ranged weapon with you as Darlene will roam around the room on her scooter trying to attack you with her fork.

Dylan
This fight is pretty much like the Darlene fight with a lot less moving around. You should consider having a long ranged weapon like a Light Machine Gun as it helps tons. The main attention of the Psychopath will not be on you which will provide you a chance to keep on shooting at him from a distance.

You will also get attacked by fireballs time to time but since they do not yield a lot of damage; it is nothing.

Jherii
This crazy woman can turn out to be real nasty if you get too close to her. But that certainly does not mean that you would be able to use long-ranged guns.

Your best bet to use against this opponent is to use a melee weapon with a decent range. Everyone’s play style differs but you should consider evading her attacks along with poking her from time to time.

Theodore
This fight is pretty much different from other fights in the sense that you never get to fight him but destroy several security power boxes. These boxes will be scattered throughout the house and in addition to that, there will be several helicopters roaming the area; shooting at you.

The strategy that will work best for you is to have a player with you in this fight. This player should be running with an Assault Rifle by taking out all the helicopters.

As for you, your primary concern should be the security boxes. Once you have destroyed them all; the mission will end.

Envious Survivor
This is yet another easy survivor which can be done by any means possible! Although this Psycho has a good amount of damage but you will also be able to attack him both with melee and ranged weapon. You can use any combo weapon of your choice but I do not think it will be necessary since the fight is really very easy.

Work-in-Progress – Found anything missing or confusing? Do let us know in the comments below!