Days Gone Features A “Whole Bunch Of Hours” Of Cinematics 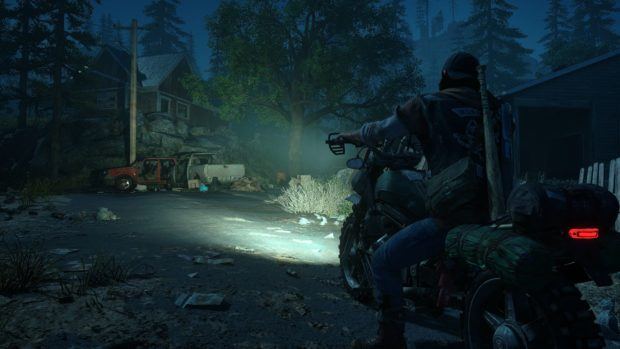 Days Gone was revealed at E3 2016 and still the game has no specific release date, however, we might not be getting a release date for the game but according to actor Sam Witwer, Days Gone cinematics will be hours long.

The news comes from Star Citizen community content manager Jared Huckaby, who revealed in the new Reverse the Verse live stream that he spoke with Sam Witwer, who plays the protagonist in Days Gone, and he revealed it to Huckaby that Days Gone cinematics will be hours long saying that game has a “whole bunch of hours” of cinematics.

Given that the game is a single-player title, it is hardly surprising that cinematics in the game will be hours long and it wouldn’t be the first one, as Wolfenstein 2: The new colossus feature 3 hours of cinematics.

Sony has been very quiet when it comes to Days Gone release date, however, the studio has been revealing details about the game. According to the devs, hope is the central theme that drives the Days Gone forward.

Also, Sony Bend seems to be quite dedicated to the details in the game as Darren Chisum, the senior programmer at Bend Studio revealed that Days Gone has a dedicated team for dynamic events.

Furthermore, when the game was initially revealed many gamers found the game similar to The Last Of Us, however, the developer clarified it saying that it is on the opposite end of the spectrum from The Last of Us.