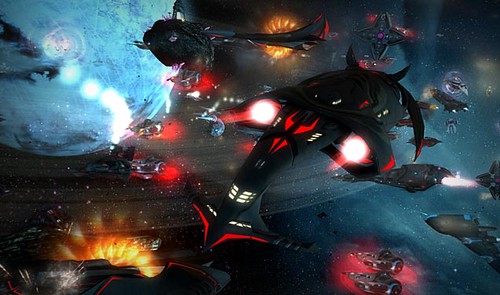 Any diehard fan will know that with all those space battles going on all the time, the extensively elaborated universe of Mass Effect also offers a lot of potential for a real time strategy game. Well at least that is the opinion of a number of fan modders of the RTS game Sins of a Solar Empire, currently working on a complete transformation of the space strategy title in the Mass Effect universe.

Mass Effect Mod – Dawn of the Reapers is a fully realized project, including appropriate units, technologies and an adapted interface. You can take control of the council people or the troops of the Reapers.If you’ve always wanted to end all organic life as the reapers, you should definitely keep an eye on this mod.

Detailed information on Mass Effect – Dawn of the Reapers for Sins of a Solar Empire can be found Here.