How To Defeat Beast Of Nurgle In Darktide 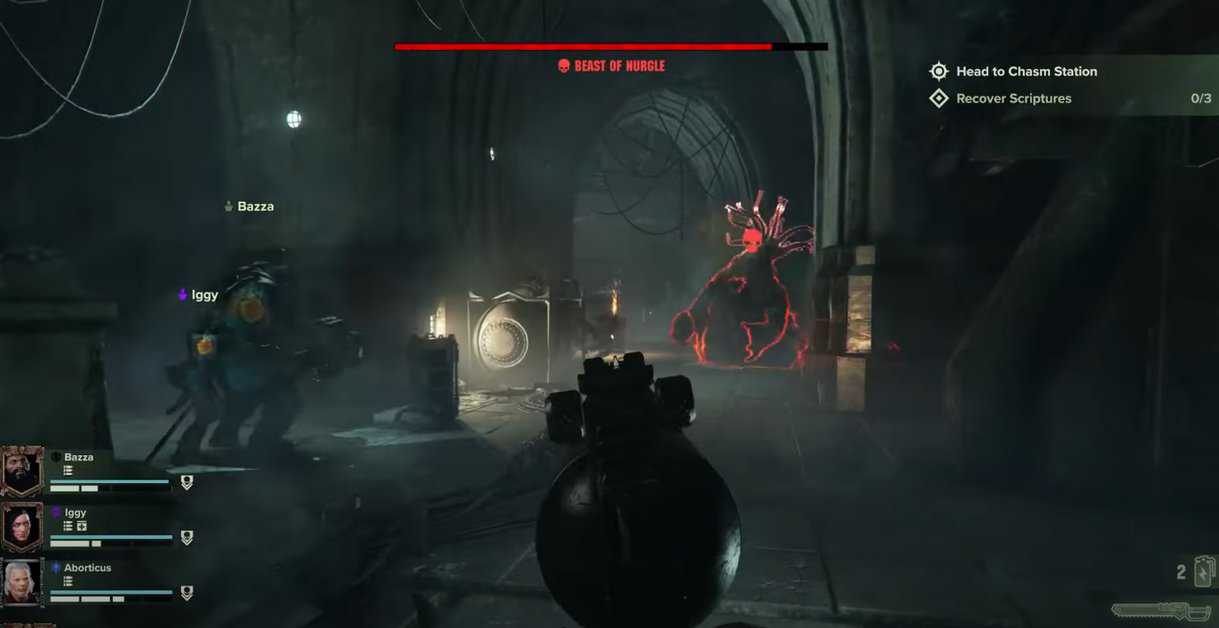 Warhammer 40K Darktide mainly has two monstrosities you need to be wary of. One is Plague Ogryn and the other one is Beast of Nurgle. This guide covers the strategies you can adopt to defeat the ugly-looking monster Beast of Nurgle during encounters in Darktide

This bulky beast is very strong. To defeat this belly-crawling monster, you need to focus on teamwork as that’s the only way you are going to succeed. You will most probably encounter the Beast of Nurgle in Darktid while going through the Heretical Halls.

This beast will appear any moment and the boss fight will start. He is not alone in the fight as other small enemies will continue to spawn to distract your focus on attacking the Beast of Nurgle.

Attacks and moves of Beast of Nurgle

Starting off, what you need to watch out for the most is the Beast’s mucus attack. In this attack, it throws a viscous liquid. It will not harm you but it slows you down that gives this monster an edge to grab and swallow any player.

It normally targets one member of the team at a time and follows it. If it comes in its melee range the monster will attack. This attack will cause corruption, reducing your health.

The Beast of Nurgle also has a tail attack. If you come close to this beast from behind, he will hit you with this tail.

How to defeat Beast of Nurgle in Darktide

Every enemy has a weak point in Warhammer 40000 Darktide and Beast of Nurgle is no exception. Despite having a huge bulky body, this monster has a glittering golden blister on its back. It’s the weakest point on its body and you need to aim it for every attack. We advise you to use a long-range weapon for this purpose.

The Beast of Nurgle usually picks one of the team members and starts chasing it. If you are the victim, then you must not run straight. Move in a circle or random pattern and it will give your mates enough time to attack the blister on its back.

As mentioned in the attacks, the Beast’s tail attack is very dangerous and can cause serious damage. To avoid this attack, you need to keep yourself away from the tail.

Another important thing is team coordination. One of the members must tackle the spawning enemies that cause disruptions in attacking the monster. You need to move continuously and don’t stay sill anywhere as this will increase your risk of getting eaten by the beast.