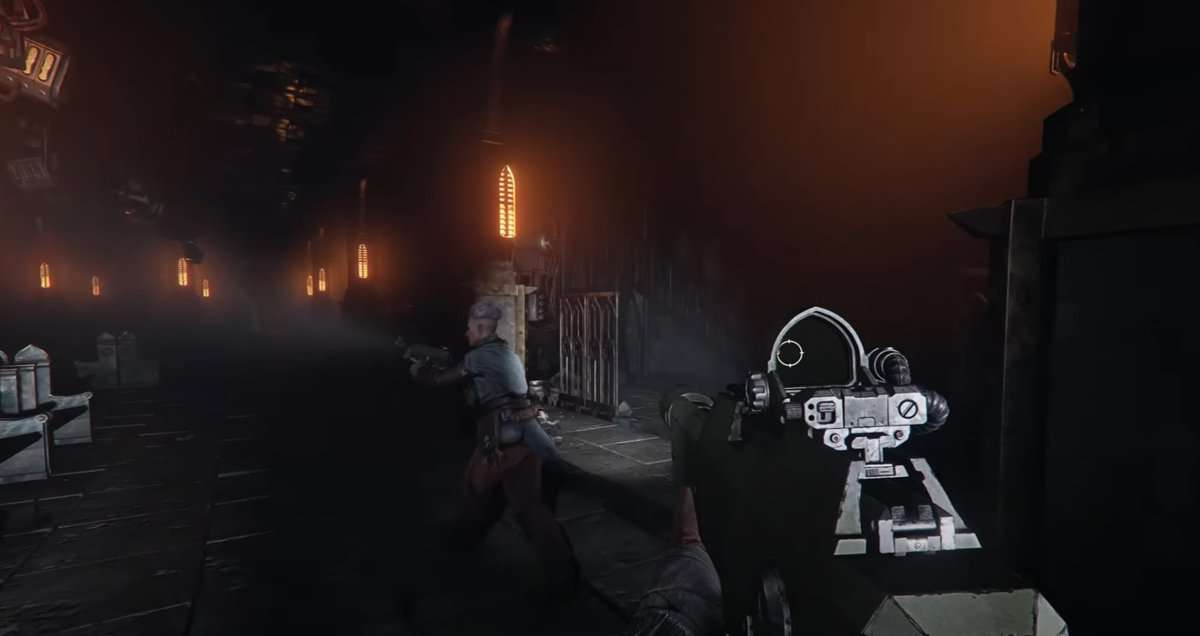 The weapon rating in Darktide is a number/stat points/currency that will determine the effectiveness of different stats of that weapon.

If a weapon has a high rating in Warhammer 40000 Darktide, it doesn’t mean it will deal more damage. The damage, mobility, etc., is determined by the attributes bar.

But if you have a higher rating weapon, you have more points that you can assign to different stat slots to strengthen the weapon.

So even if you are not planning to use some weapon with a high rating, you should get it to find higher rating weapons in Warhammer 40K Darktide.

There are two types of weapons in Darktide, melee and ranged. Both these types have some shared and unique attributes. Below you will find all attributes for both melees and ranged weapons and what they do in Darktide.

It tells you about your weapon’s damage in melee combat to close-range enemies.

Penetration is a stat that shows the weapon’s ability to penetrate through armor and damage the target.

It is a crucial stat in close encounters. It allows you to move your weapon quickly by increasing the sprint speed.

This bar shows the bonus stamina the weapon will grant you.

It will determine the penetration ability of your weapon.

It will determine how many targets your weapon will hit in a single swing of the melee weapon.

This stat shows how much damage your weapon will deal to targets, in Warhammer 40K Darktide, it hits after the first one. The more the bar is filled, the better the melee weapon is for countering many enemies simultaneously.

A melee attribute determines how much damage a weapon does when you make a critical hit or target the enemy’s weak spot.

As the name suggests, this stat will show the damage your weapon will deal to the first target it hits.

Some weapons like axe and swords give you the ability to block enemy attacks using them. The defense stat shows how much stamina is burned when you use the gun to block attacks.

This attribute shows how fast your entire staff will recharge. The higher the value, the more quickly it will restore.

This stat shows the rate at which your Peril of the Warp meter goes down in melee encounters.

This attribute will increase the blast radius of your weapon abilities.

It will reduce the amount of Peril generated when using an ability.

This attribute will determine the time your weapon takes to reload. The higher the stat value, the less time it will take to reload.

It is another ranged weapon’s stat that determines the amount of damage you deal with critical hits.

This stat will make it easier for you to stagger the enemies by increasing the impact force of your weapon.

It is a vital attribute that helps you aim precisely with a ranged weapon. Stability also plays a role in controlling the recoil of your gun. The higher the stability, the better it is.

This attribute tells you about the magazine capacity of the weapon and reserve ammo.

It is another important stat for ranged weapons. The damage output of firearms decreases as the distance of the target increase. The range attribute will help you determine how the gun will perform in the ranged encounter.

It will determine the penetration ability of your weapon