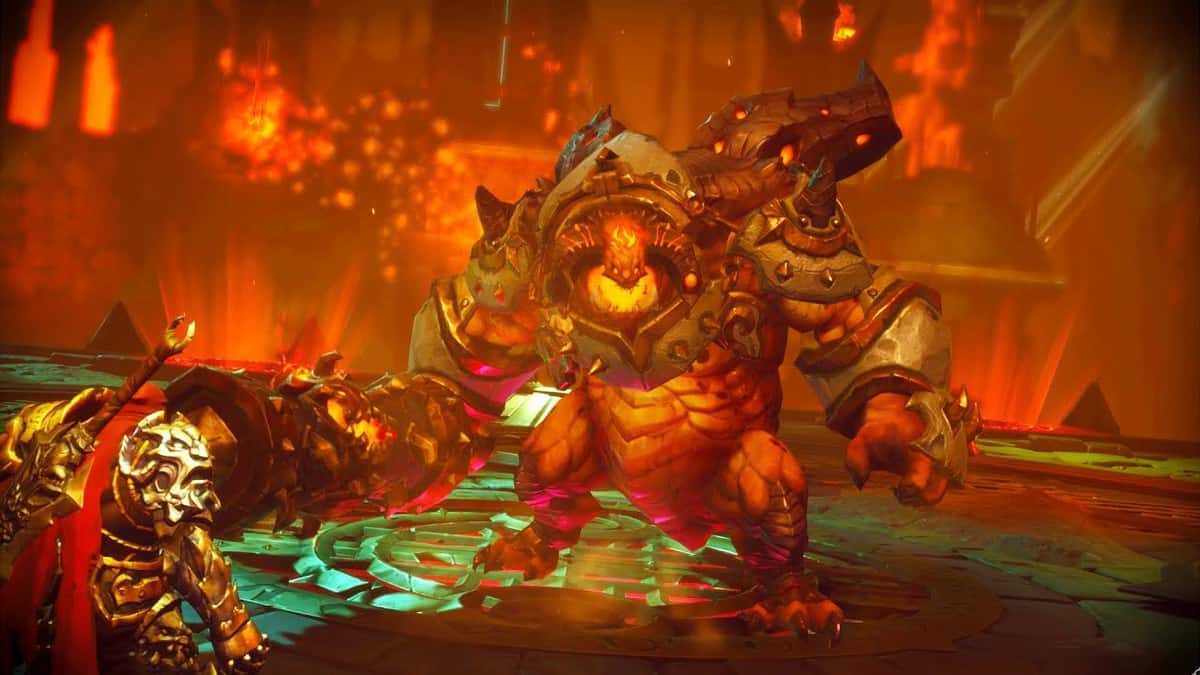 During the second chapter of the game, you will have to battle a boss known as the Slag Demon. This Darksiders Genesis Slag Demon Boss guide will teach you how to handle yourself during this encounter so that you can beat the Slag Demon boss and proceed onwards.

When you arrive at the Slag Heap during Chapter 2, you will spot a glowing circular panel on the floor, stand on it and the giant Slag Demon will descend on to the stage along with its smaller allies.

You should focus Strife on fighting the boss, while War keeps the minions busy.

We recommend that you keep your distance during this fight since the Slag Demon is carrying a giant melee weapon that will knock you down instantly.

Stay away and shoot at it while moving around the stage.

The boss also does another attack in which it uses the melee weapon like a giant rolling pin as it charges towards you. This attack is very quick and does a lot of damage so you need to dodge it by jumping to the side.

The fight is relatively easy compared to other boss battles. It’s mainly a process of repeating attacks and dodges while staying mobile around the arena.

If you find yourself taking any hits, you can collect any of the health that will be lying around the battlefield.

Just keep an eye out for the dragging line of fire that the Slag Demon leaves in its wake.

If you find yourself standing in it, it’s going to drain your health and do some damage.  However, it’s fairly easy to avoid since you can just jump over it.

After a while, you will bring the boss’s health down to zero and it will die while leaving behind a bunch of loot. This will also allow you to get the artifact that you were after once it comes out of the floor.

With that done, you can continue onwards on your journey.