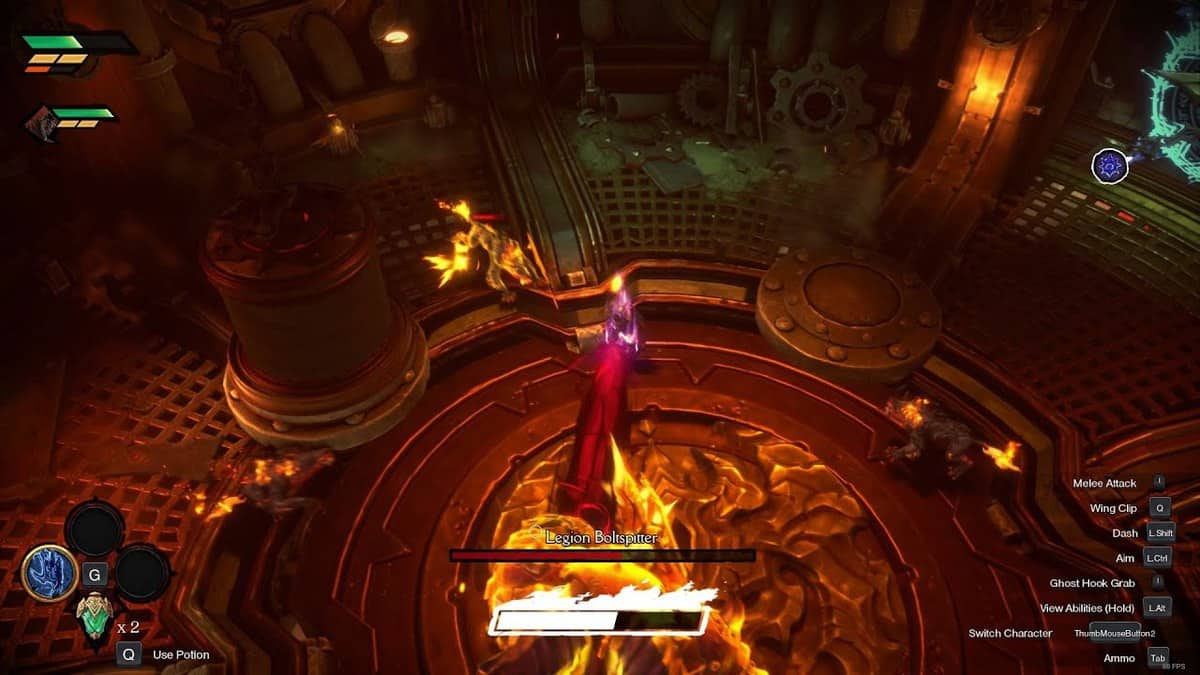 Legion Boltspitter is a boss in Genesis and you will encounter it two times trough out the game storyline. The first encounter will be in the third chapter and you will have to make some jumps through a couple of shelves to get to it.

Defeating him is the mandatory thing to continue through the main storyline. The second Legion Boltspitter boss fight will be in the fifth chapter. This one is also necessary to go ahead the storyline.

Here we have the Darksiders Genesis Legion Boltspitter Boss guide to help you defeat him in both encounters.

First, keep in mind that both encounters with the Boltspitter will have the same phenomenon of defeating this boss so you can follow the same strategy for both chapters’ encounters.

In the third chapter when you climb up the shelves to get away from the lava, as you reach the top you will see the Boltspitter and now you will have to fight and defeat it.

Boltspitter fires from a distance with the gun it is carrying and we recommend you to use Strife as it will be your best option against the Boltspitter.

As you progress through the fight and take almost half of the health of Legion Boltspitter it will start summoning many small allies as well, you need to destroy those weak opponents first as they will eat up your health very quickly.

If you let them keep running around the arena then they will keep on increasing and will become a big headache for you after some time so keep a tab on them as well.

Bolspitter also has a special attack, it will throw fire grenades at you and they can deal a lot of damage so make sure to keep an eye on those grenades and try not to get hit by one.

What you can do in that case is hide behind those big columns and always try to get behind the boss to take maximum time and deal a lot of damage before its attacks can take on to you.

At the second encounter which will be in the fifth chapter, you will face it in a big open arena and it will have the same attacks and special attacks.

You can use the same tactics and use rocks to hide behind when Boltspitter attacks and always try to get behind it to inflict maximum damage.

You will be able to defeat Legion Boltspitter both times pretty easily if you stick to the plan.