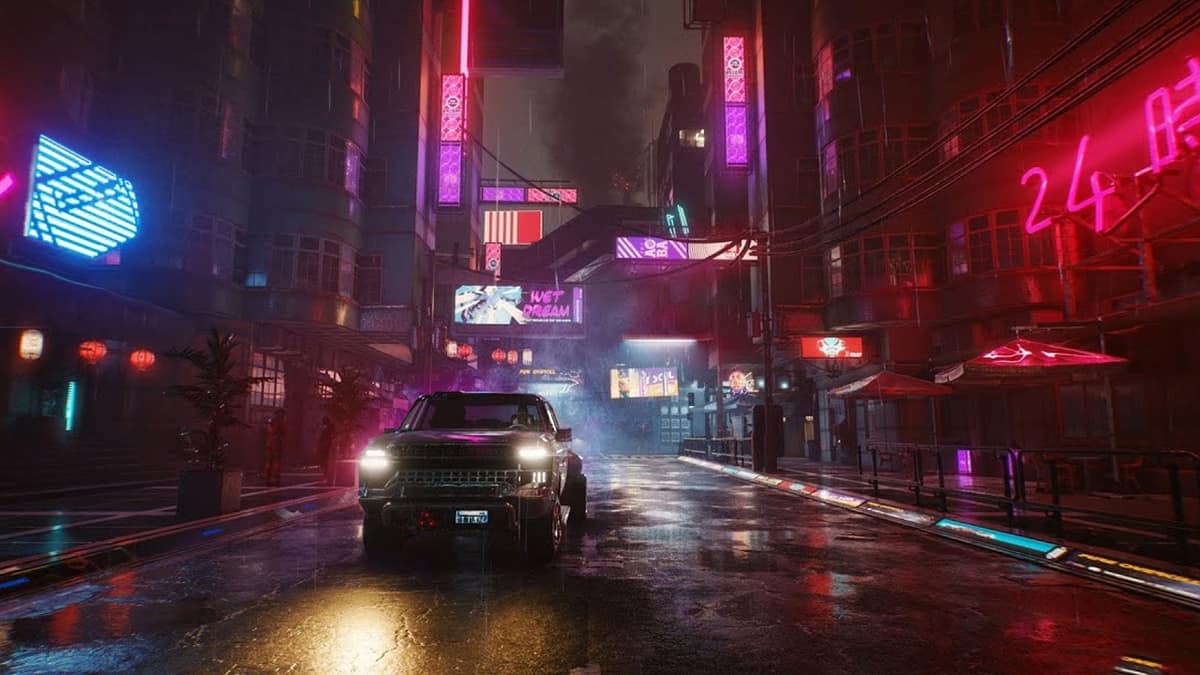 Cyberpunk 2077 has received another patch in a series of patches to continue improving the state of the game as much as possible.

According to patch 1.31 notes shared by developer CD Projekt Red earlier today, surfaces such as roads will now appear to be actually wet after rain.

CD Projekt Red explained that due to previous “ongoing work on the Wet Surfaces System” in Cyberpunk 2077, roads (or other surfaces) would not look wet after rain. With the new patch 1.3 though, “wet surfaces should look more detailed than they did even before the issue occurred.”

Elsewhere, patch 1.31 brings some GPU memory optimizations for PlayStation consoles but which were not detailed. It can only be hoped that the said optimizations will boost performance, especially on PlayStation 4.

That as well as a few quest bugs and other sorted bugs which have been squashed by patch 1.31 across the board.

CD Projekt Red has slowly been improving Cyberpunk 2077 in terms of both appeal and performance. The latter holding significance since the game was practically unplayable on previous-generation consoles at release.

Cyberpunk 2077 has received enough optimizations on PlayStation 5 to run in stable 60 frames per second in performance mode but tends to drop more frames on Xbox Series X in comparison. The game however takes the lead on Xbox Series X when it comes to the graphics mode with denser crowds on the streets compared to PlayStation 5.

CD Projekt Red however might not be busy with just patches and updates. Data miners were recently able to discover several multiplayer files in Cyberpunk 2077 to suggest that its cancelled multiplayer mode might possibly be back in production.

Cyberpunk 2077 was rumored a while back to feature at least two multiplayer modes, at least before CD Projekt Red decided to scrap the standalone multiplayer game.