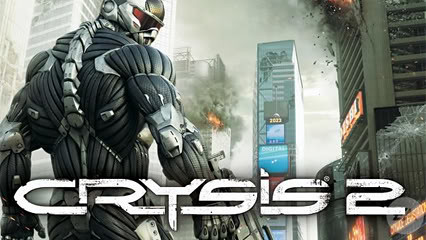 It’s that time of the year when PC players get their tech savvy hands on Crysis 2 multiplayer. Available for download at http://crysis.ea.com and other partner sites on March 1, the Crysis 2 multiplayer demo includes two visually stunning maps, two adrenaline-filled modes and crazy hours of multiplayer action.

In the demo, PC gamers will train themselves with the game’s signature Nanosuit, which allows them to be strong, be invisible, be fast and become the ultimate weapon.

Players will compete in six vs six matches set against a war-torn Manhattan in two maps: “Skyline”, set on top of the rooftops and interiors of skyscrapers, and “Pier 17”, an open environment with limited cover. The demo also features two modes: “Team Instant Action” pits two teams against each other as they kill as many opponents as possible to win the round and “Crash Site,” where players will battle for control of alien drop pods, earning points by guarding their pods and keeping enemies at bay.

Developed by Crytek UK, Crytek’s specialist multiplayer studio, Crysis 2 multiplayer features six gameplay modes and 12 maps set in iconic locations across New York City.  Throughout the multiplayer campaign, players earn up to 50 ranks and a variety of different upgrades to their weapons and their Nanosuit. Gamers who pre-order Crysis 2 today will receive an automatic upgrade to the Crysis 2 Limited Edition, available while supplies last.  This special edition includes four must-have in-game unlocks for the ultimate multiplayer experience, including:

The PC version of Crysis 2 multiplayer will also support dedicated servers, a must-have for PC gamers.  For a list of partners, please visit Crytek’s community hub, where gamers can also discuss the demo and provide feedback to the Crytek team, http://www.mycrysis.com.