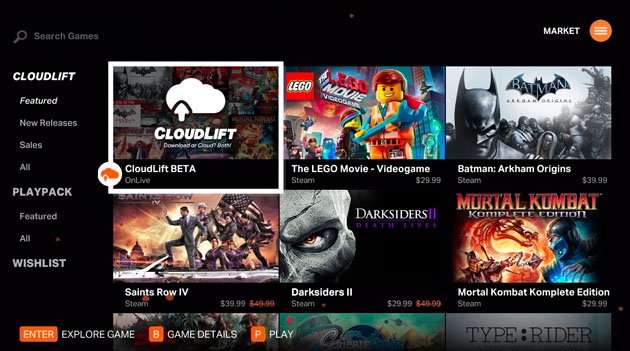 Game streaming service provider OnLive has been keeping radio silence since its corporate shakeup in summer 2012 but now is back in full stride.

This new team will be leading the company as they set out to launch a new streaming subscription program called CloudLift and a new service called OnLive Go.

CloudLift is a subscription-based program that costs $15 a month and comes with a free 7-day trial. It links a player’s game library with their OnLive account to sync cloud saves automatically through the cloud. What this essentially means is that players can save a game on PC and then sign into OnLive from any other device and access the save file to begin your game directly.

Having the freedom to stream your game while traveling and being able to access the cloud saves is pretty nifty. Once players are done streaming the game, the save will sync again and you can then continue the game from any other location afterwards.

“We’ve listened to our players. They want the convenience of instant access to their games wherever they are, but they also want to own the game and be able to play it locally on their home PC,” Jung said in a statement. “With this new offering, we’re continuing to expand on the compatibility, freedom and instant access our users enjoy, with the added flexibility of owning a local copy of their games.”

CloudLift should be launched within the next few days and will support new games like Batman: Arkham Origins, The Lego Movie Videogame, and Saints Row IV. The company promised to add support for more games in the future.

OnLive is looking forward to a staunch return. We’ll see how the consumers circle react to the company’s offerings in the coming months.