Star Wars Battlefront 2: You Have To Choose Your Side For “The Last Jedi Season” DLC 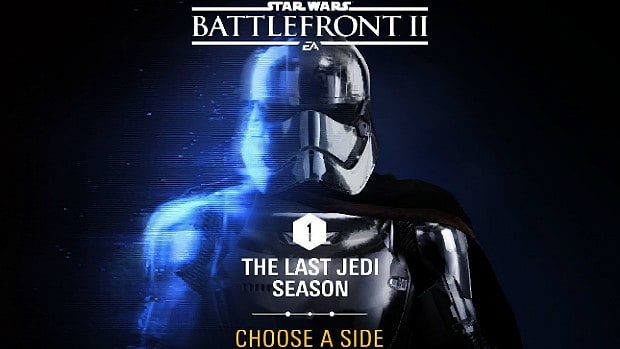 Do you align yourself with the First Order or choose to fight for the Resistance? This is the main feature of Star Wars Battlefront 2 new Event-DLC named “The Last Jedi Season”. Coming just a few days before the next Star Wars movie named also The Last Jedi, DICE wants you to make the biggest decision any Star Wars fan has to make, “which side are you on?”.

As DICE announced your choice will allow you to take part in “special challenges that will grant your faction specific rewards”. Throughout December, your chosen faction’s progress will be reflected in-game, which sounds like a “Star War” happening in real time.

On December 12, Finn will join Star Wars Battlefront 2 for the Resistance and Captain Phasma will join the First Order and they will be available for purchase with in-game Credits that week. Whichever faction is victorious in completing the most challenges that week will get a reward as well: a special Crate of high-power upgrades for Finn or Captain Phasma.

DICE also announced new content for the game in the form of a new map and a new hero ship:

You can see how the event will progress week by week in the picture below: 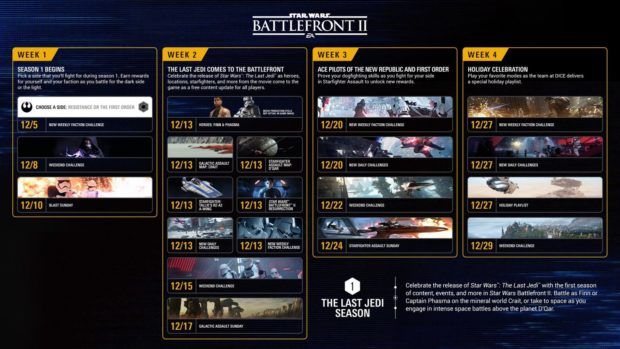 Note that this Event-DLC will be free for all Star Wars Battlefront 2 owners, as with all the DLC that will be released later on.

Star Wars Battlefront 2 is now live for all EA/Origin Access users with its official release for everyone coming a week later, on November 17 for PlayStation 4, Xbox One, and PC. There’s still no word about a Nintendo Switch version of the game, but DICE is optimistic about this opportunity.