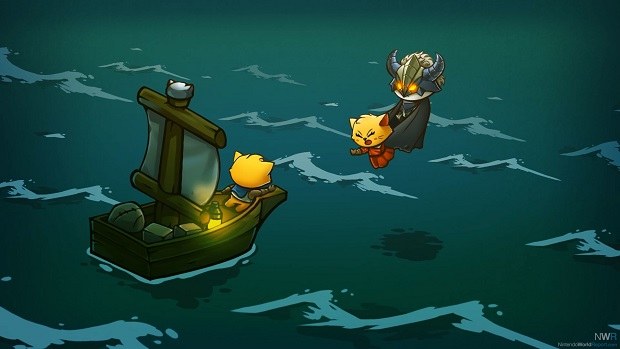 In this Cat Quest Tips and Strategies Guide, we have listed some tips and tricks along with some strategies for you. Cat Quest is a cute RPG, which features a cat who is out to save his little sister cat. Cat Quest is full of life and has many elements for you to learn.

We have curated this Cat Quest Guide, so you can easily learn about the game and its lore along with completing quests and ultimately finding your little sister.

Although the game looks cute and has a cat as the main character but it does not mean that, this game is not a real RPG. This game is a RPG to its soul and you must give it respect because the game is very difficult too. The game has a big map and you must explore the complete game. There is a lot to see in the game.

Even if you go too far off places, you will still find something useful there which shows how much the developers have encouraged exploring for this game. As you explore the map, you will find many dungeons with hidden loot and treasures inside them. Exploring and finding new loot and treasures is essential for survival in this game.

This goes side by side with exploration, more you explore the game, more side quests you will find and more rewards will be yours. The side quests are quite fun as well so you should definitely find and complete them.

Another important element like other good RPGs is that Cat Quest has a lot of gear and items that you can equip to keep you safe in the world and look fancy while doing it. When you explore the map, you will eventually find more loot, which will often be weapons and other useful stuff.

Always look for better gear and equipment and they are a requirement if you want to stay alive in the game. Equipment is very diverse in the game and each item will have specific stat boosting qualities so pick the right one, suiting to your play style.

Do not Rush the Game

Cat Quest is meant to be explored and played at leisure. It is not the type of game that you would speed run through like a raging bull. There is so much to do in the game that it can keep you occupied for hours. It has a huge map to explore.

There are different storylines that you can follow. The game has many side quests as well that will offer you gold and experience so you can level up and find better gear. As you explore the map, you will also dungeons and you can kill some big monsters and earn huge rewards. The game has a beautiful world and it is meant to be explored. SO do not rush the game, take your time with the game and experience it thoroughly.

Avoid Death at all Cost!

The game has a cat as the main character but it does not mean that the game goes easy on the cat. The game is absolutely harsh on you and you must be ready to fight all the times. Be equipped with the best gear and healings items so you can heal yourself after every enemy encounter.

Exploring the world means you will go out in the wild, so be ready to encounter all the horrors the game throws at you. If you die in the game no matter how much the progress, it will be game over for you. Therefore, you must always be very vigilante when it comes to taking damage. Avoid taking damage at all costs or equip gear that will allow maximum protection from enemy attacks.

Another good thing to avoid being hit is that never rush to attack the enemy, stand your ground and wait for them to attack first. When they attack you, learn their attack patterns and then fight them accordingly by devising a strategy.

This is not one game where you can just jab at the attack button and hack and slash your way to victory. You must make a proper combat strategy while tackling your enemies.

Golden Key is a universal key in Cat Quest and it is used to open all the quests that you will find scattered throughout the world. You must find this Golden key as soon as possible so that you can open all golden chests that you come across and get all the awesome rewards hidden in them. This Golden Key is simple to find. We will explain the process here.

To get the Golden Key, you must advance in the story campaign until you reach the Pawt City. Here you must complete all the story quests. After you are done with them, you can start the quests, which will involve some dragon killing and learning to walk on water.

After you learn how to walk on water, head back to area where you started the game. Once there, reach the water body and start walking on the water until you reach a wrecked ship.

Once there, read the note stating about the island to the south and start walking south. After quite a bit of walking, you will eventually come to the Founder’s Island. On this island, find a small village by the name of Gentle Town and here, you need to start a quest from the quest board ‘The Golden Key’.

Start it and head towards the dungeon, you are tasked with killing five Mimics. These Mimics are very tough so go prepared. Once you have taken them down, the Golden Key will be yours.

Like fighting games, Cat Quest has combos as well but these are not the traditional punch and kick combos. Cat Quest has spell combos. There are different spells in the game and each of them are made to be used in the form of a combo.

Therefore, during combat instead of just mashing a single spell repeatedly, practice and use spells in the form of a combo so that they are most effective during combat.

Since there are so many spells to choose from, there is a plethora of unique combos to be performed.

The Most Important Spell

Arguably the most important spell in the game is, surprisingly, the starting spell: ‘Flamepurr’. This spell lights the targets on fire, dealing a significant amount of damage over time.

It also decreases the defenses of the targets, allowing you to deal even more damage to them using your other spells. So, don’t overlook this spell just because it is the starting one. If you use it properly, you can deliver some serious damage to the enemies.