How to Get Captain Bones Special Recipe in Sea of Thieves 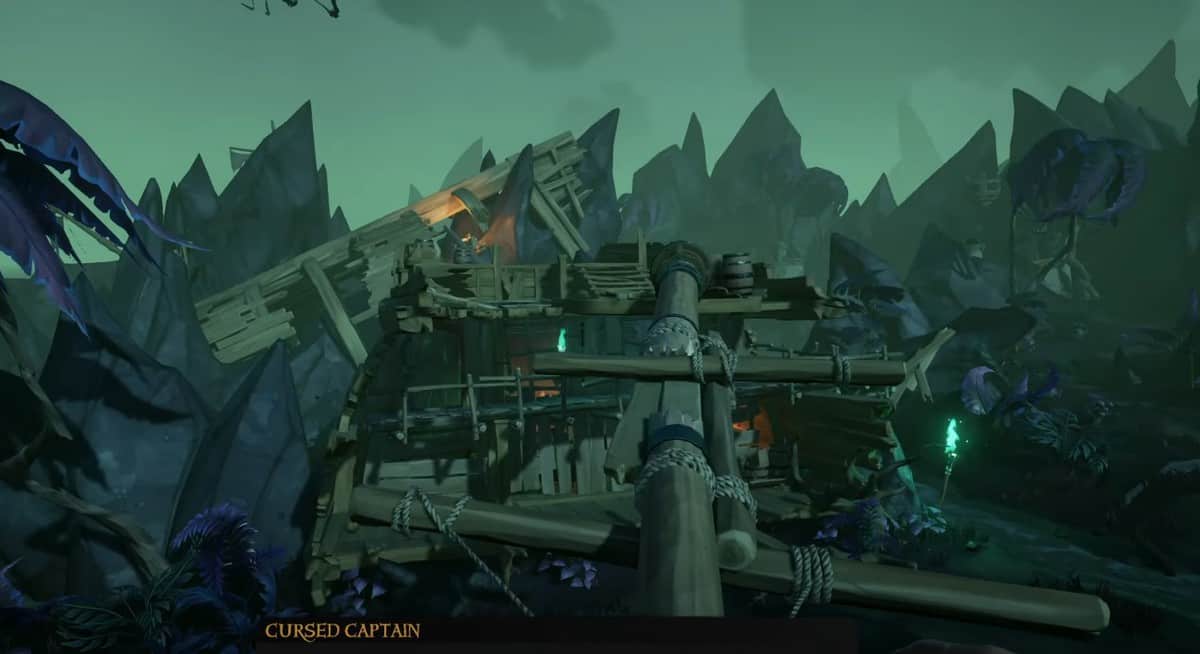 Sea Of Thieves: A Pirate’s Life takes you to an island known as Sailor’s Grave. There you will find an everlasting game of chess between two skeletons. Wake them up by lighting the candles on the table. You’ll find that regardless of functioning organs, the skeletons need rum, one of whom will have plenty but the other one is in need of a refill. And not just any refill, the skeleton will only accept Captain Bones’ Special Recipe, and hence your hunt to find this recipe across the isles of Sea of Thieves begins.

The skeletons are found on the lowest deck of a shipwreck in Sea of Thieves. The entrance to which is hidden near the entrance of the tavern in Sailor’s Grave. After you get the recipe, you can then finish the chess match, with the help of Cursed Captain, so make sure you still have his head.

Remember the place, with the pully-operated elevators? The place where we first retrieve Cursed Captain? Yes, you have to make your way back there. A path you could take is, go along the bow of the shipwreck, dive, and swim to the cave. Use the elevators until you find a set of stairs you can take up, to reach the next pulley-activated elevator/platform.

Be careful leaving the pulleys, as that tends to reverse the effect on any platforms or elevators you used them on.

After taking the stairs, the next pulley will let you move two platforms, arrange them in a way that you can access another hidden cave. Inside of it will be a bottle of Captain Bones’ Special Recipe. There will also be a door inside this cave that will quickly lead you back to the two skeletons playing chess.

Just pour the rum into the tankard, well tragically, or not so tragically since this allows us to play next, the skeleton will drink so much that its head will explode.

Well, after the skeleton’s head explodes, there is now a vacancy at the table, you can now pay for your place, and start the match. However, you can only do this by using Poor Dougie’s Medallion, by placing it on the chessboard, and then place Cursed Captain on top of the headless skeleton’s body to allow him to play the game and easily win it for you.

You get the A Powerful Thirst commendation. After you complete the game, you get the Ship’s key. Use the first elevator to go up and reach the door it unlocks. This will get you a lot of gold in loot from the room and the Ship of Thieves commendation.

An important little detail for when you decide to leave the room, if you want to find Headless Monkey shipwreck you must angle the sails which will allow you to point the lighthouse at a beacon behind the sails, pointing straight to the shipwreck.