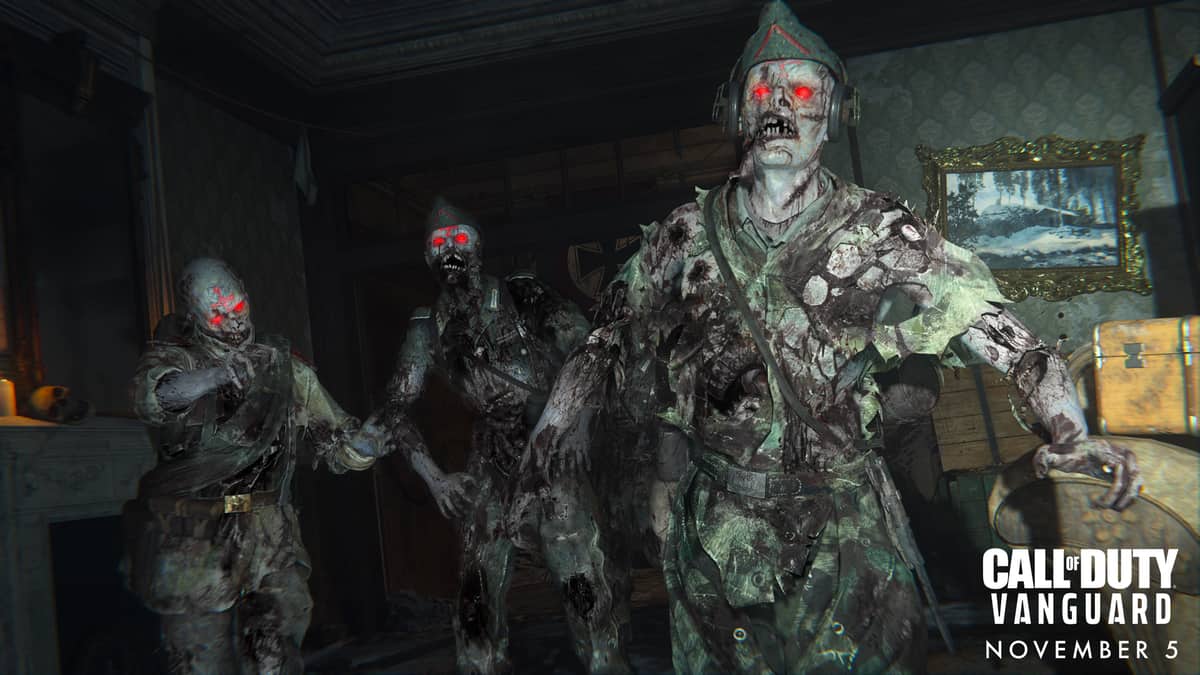 The Zombies mode this time around is a bit different from last time and you will be needing decent firepower to survive the undead. Below we will be discussing a few of the Call of Duty Vanguard Best Zombies Loadouts that we have put together for different playstyles.

CoD Vanguard shakes things up quite a bit in the zombie’s department and that means players need to reevaluate how they approach this mode.

This means you need to equip the right loadout for the kind of objectives you are on and the type of player you are. We have put together 3 loadouts for CoD Vanguard Zombies that will be covering a variety of roles and playstyles.

The first zombies build we will be talking about focuses on Damage output and high speed.

People with good aim will have a lot of fun using this build as any critical shots you land while using Death Blow will award you with 1 bullet in the magazine.

Bloodlust will heal you when you perform melee attacks, and increase their damage as well.

The Perks; Demonic Frenzy and Diabolical Damage help you reload faster and deal more critical damage. This means that even if you are not hitting headshots, your weapons will pack a decent punch.

Weapon selection comes down to personal preference. Your main goal is to land as many crit shots as you can. It’s entirely up to you if you want to use shotguns or marksman rifles to do the deed.

The Energy Mine artifact is best suited for this build as it deploys a mine which when triggered, deals massive explosive damage.

With this build, you’ll be able to revive downed teammates faster and have increased total HP. While it’s not exactly a typical healer build, this is as close as you can get to being one in Call of Duty Vanguard.

Resurrectionist lets you revive downed friendlies in a shorter time. This is quite a slow process so having one guy with Resurrectionist is ideal for any team.

Cryofreeze is used to slow down aggressive enemies which go well with your other perks, giving you more time to breath and find your footing if your team gets downed.

We will be using Bloodlust again which allows you to heal when you perform melee attacks and increase their damage as well.

Fiendish Fortitude increases the total HP you have which is very useful for this build.

For the weapons, we suggest using SMGs or Shotguns as they’ll allow you to fend off hordes of undead while your teammates are downed or are busy fending off “bigger problems”.

Use the Aether Shroud artifact with this build to become invisible for 5 seconds. You can use this to escape from sticky situations or reach downed teammates while avoiding any zombies that block your way.

This build lets you turn the enemies to your side for a short while but you have to get lucky with it as it won’t succeed every time you try.

Brain Rot lets you command enemies for a short period in which they will 1-hit kill other grunts and do massive damage to bigger enemies.

The chances of successfully triggering Brain Rot is rare and that’s why we need to kill as many zombies as we can until the ability is triggered.

Dead Accurate increases the damage you deal to the same enemy if you keep landing successive shots.

Because of the nature of this build, we suggest using weapons such as assault rifles, SMGs or LMGs. Attacking and taking down as many zombies as possible is our primary focus so high ammo count helps.

The Frost Blast artifact damages enemies with a blast and slows them down.