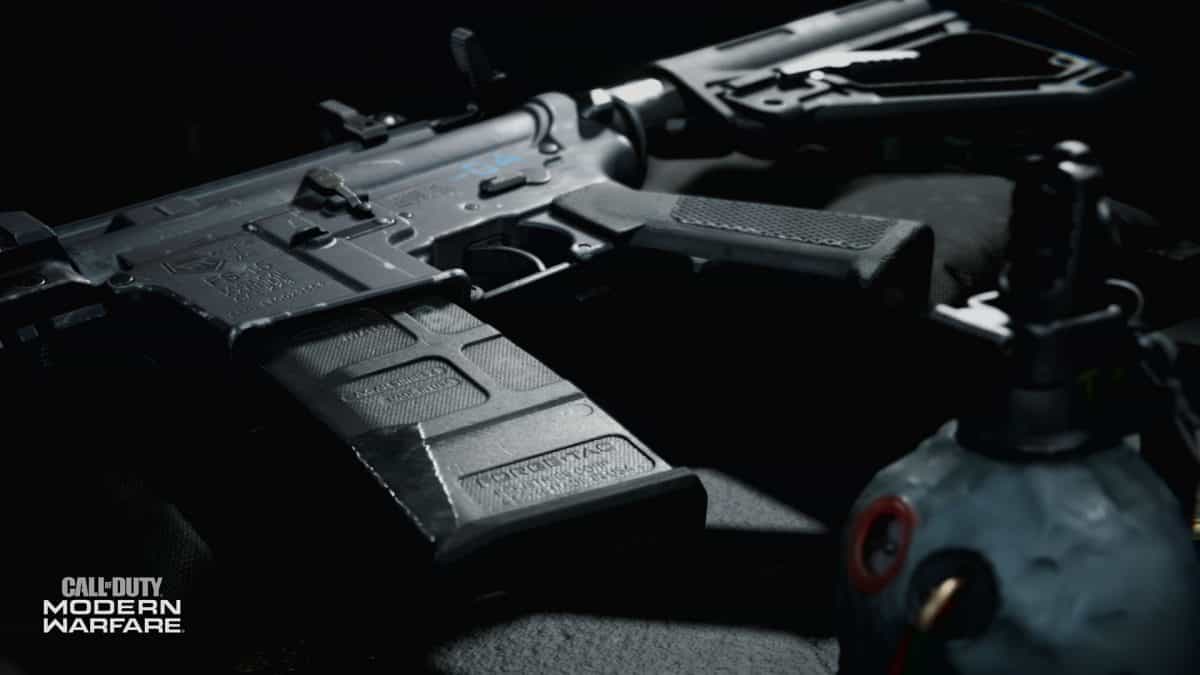 As you climb through the ranks and gain access to more and more weapons, you’ll start wondering to yourself, “Which weapon should I have on me? Will this AK-47 be enough to carry me through every situation?” A valid set of questions, and ones we’re here to answer in this guide of the Best Guns in CoD Modern Warfare!

Before getting down to brass tacks, we’ll first list down all the various weapon categories in the game, and every single weapon available. Before getting to that, you should know that every weapon has unique stats (Mobility, Damage, Range, etc) and whether a gun is good or not is based on the base stats and how they can be boosted via attachments.

Therefore, you’re encouraged to experiment and find out for yourself how much potential a weapon actually has. This guide is more so for novices who want to get their hands on the best weapons as quickly as possible so that their early game experience is a positive one.

The following are all the weapons available in this game:

A total of 50 weapons spread across 8 categories. Plenty of alternatives to say the least, and many of you already have an idea of which weapon you want, but for those who are still contemplating, the list of below (our picks for the Best Weapons in the game) should provide you with some helpful suggestions.

Our criteria for what actually determines the best gun in Modern Warfare is as follows: Versatility – the weapon should be such that it allows the player to never be at a disadvantage; any and all situations should be covered.

The weapon should either have greater damage output or make up for a lack of firepower with a higher fire rate. Has high accuracy or little recoil. And finally, the guns should be user-friendly, especially for novices who won’t be able to pick up on the intricacies and complexities of some other, arguably better guns.

With all that said, the following are the best guns/weapons of the game, along with some recommended attachments that will boost their stats even further:

M4A1 Assault Rifle
The M4A1 is not the most hard-hitting assault rifle, however, it is arguably the best of the bunch due to its mobility and fire rate. It’s a balanced weapon that allows the user to mow down their enemies quickly and effectively.

MP7 Submachine Gun
Submachine guns are not known for their high damage output but are preferred for their high fire rates. In that case, the MP7 has the potential to be one of your best friends as it has a ludicrously high fire rate that will outshoot anyone that’ll stand in your way. It also has great mobility so you won’t be encumbered by having it equipped.

M13 Assault Rifle
Remember how I said that the M4A1 is ‘arguably’ the best of the assault rifles? Well, this is its one and only competitor. The maps in Modern Warfare aren’t exceptionally large, meaning there’s not much reason to pick a weapon with great range, in fact, the thing you’re looking for is a weapon with either high damage or a great fire rate; this gun has both.

725 Shotgun
For smaller maps, there’s no better option than to go in with a shotgun and a handgun. And when it comes to shotguns, you’ll be hard-pressed to find a more suitable one than the 726. Its base stats are nothing to scoff at but what you can do when it’s augmented with attachments… well, let’s just say that I feel bad for anyone who’s unfortunate enough to cross your path. The one downside is that you can only fire 2 bullets before needing to reload; that can be a hassle.

M91 Light Machine Gun
If you ever find yourself in a firefight with a helicopter or going toe-to-toe with a horde of enemies, then I think you’ll have to lean on ol’ reliable – that’s what you can call this weapon. With a high fire rate and a large barrel, you won’t be running out of bullets anytime soon, and when you do, there’s not gonna be anyone around to hit you while you’re reloading.

.50 GS Handgun
Out of all the sidearms you have access to, nothing feels as good to use or is as effective in taking down enemies as the .50 GS. This handgun packs a solid punch, able to take out enemies with 2 shots at the most!

However, the actual probability of you having to shoot twice is low as you’ll most likely switch to it as a backup, most likely you’ll already have damaged the enemy with your primary and switching to this for the kill shot. Its effectiveness is what makes it the best possible choice.

AX-50 Sniper Rifle
This one’s a bit of an outlier as it’s not exactly shooter friendly, none of the snipers are user-friendly. However, despite the learning curve, this is a very powerful weapon. Even though it does not do as much damage as the Dragunov, it makes up for it with a greater firing rate (meaning you’re more likely to hit your target if you miss) and greater mobility (the other 2 rifles are more cumbersome).

PILA Launcher
I would personally recommend picking a handgun over a launcher as your secondary weapon, but for those few intrepid stragglers, the launcher ought to give you that adrenaline rush you’re looking for. The PILA’s greatest cons are its slightly low fire rate and control, but it makes up for it with greater range and accuracy.

And those are some of our picks for the best weapons in the upcoming Call of Duty. As was stated earlier, you’re encouraged to play a few matches with each weapon and come to your own conclusions; what feels the best for you? These suggestions are just that – suggestions.