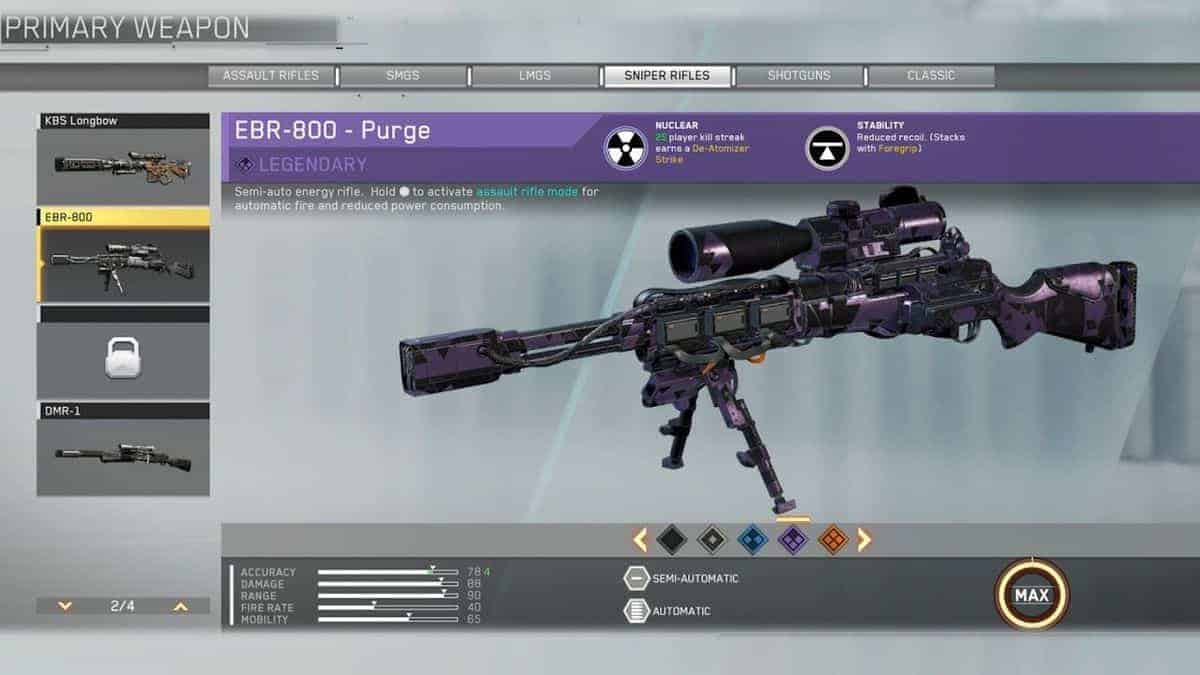 For the first time ever, the series is heading into space which means we could only be a couple of installments away from going full-on Star Wars. There are many new features and changes introduced such as the addition of the Jackal, new gadgets, more customizations for Multiplayer, weapons crafting, and much more.

The following guide will discuss Call of Duty: Infinite Warfare crafting and what you need to craft weapons.

What is Salvage and How to Get More of It?

Infinite Warfare comes with a new type of currency called Salvage. You earn this by playing and ranking up in the game. Salvage is used to buying and crafting weapons in Call of Duty: Infinite Warfare.

The currency makes the entire experience of the new game more enjoyable as it allows you to have new types of prototype weaponry. You can craft different variants of your favorite weapons and use them in the multiplayer mode for additional damage, control, less recoil, and accuracy.

There are various tiers of weapons in Infinite Warfare for each weapon. If you played Battlefield 1, you will know that a similar system is implemented in the game as well, there are different variants of base weapons. COD does something similar with its weapons too.

You can earn these via supply drops but that isn’t a guarantee and may take a while, you may not get what you want at all as such supply drops are rare.

So Salvage helps you get the variant you want for a certain type of weapon. For certain weapons, you need 200, 540 and more Salvage points to upgrade the base weapon for additional perks and features.

In order to earn more Salvage, you should spend all of your Crypto keys by opening all supply drops. The amount of Salvage points you get depend on the rarity of the box.

Within the multiplayer, you are part of a team and within a team, you will have certain challenges such getting a certain amount of headshots or kills via an assault rifle. When you go into the game keep eye on the top right corner to keep track of the challenges.

Certain challenges are limited to certain types of weapons so keep rotating your loadout. Do not keep playing the game with the same weapon. Otherwise, you won’t be able to complete challenges for other weapons.

How to Craft Weapons in Infinite Warfare?

You can craft common, rare, legendary, and epic weapons and each of this tier will offer players new perks and abilities. Obviously, EPIC and Legendary weapons offer the most effective perks so that is what you need to strive for.

To craft any weapon, you first need to unlock the base model before getting access to its prototype versions. In order to craft weapons, you need to access the Prototype Lab.

This guide is a work in progress and will be updated with more content soon.