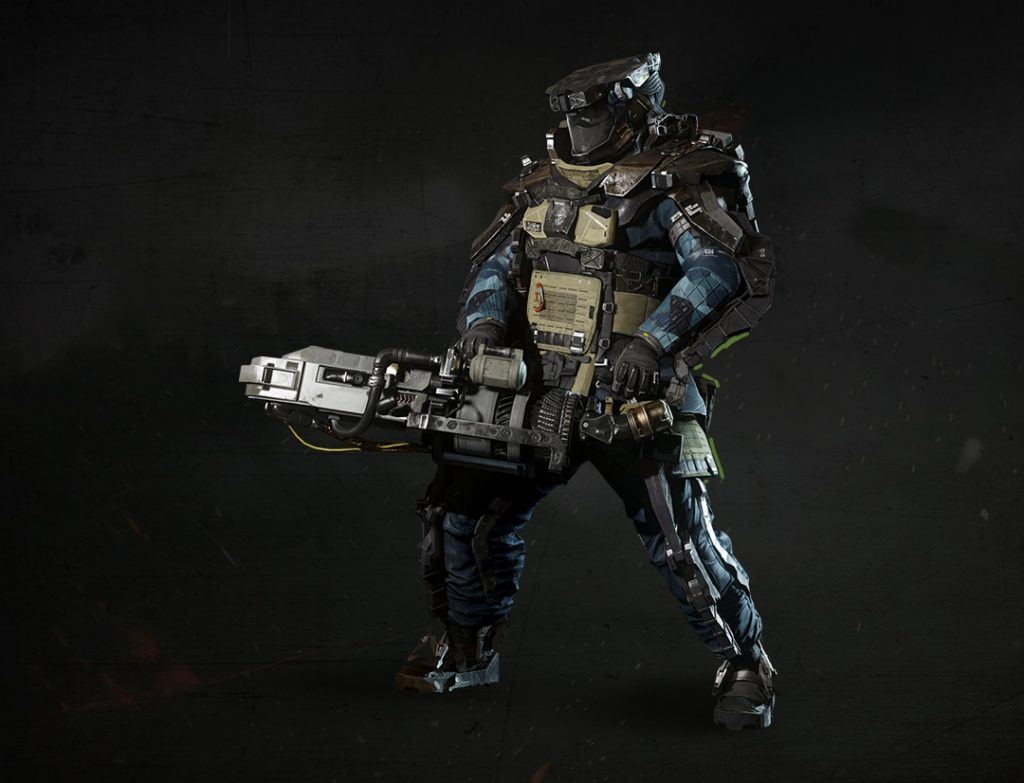 The following guide will discuss Call of Duty: Infinite Warfare Merc rig class. It is one of the six different classes in Infinite Warfare. Merc rig comes with its own traits, features, payloads and much more.

This one is a heavy duty combat rig which is more in line with the heavy assault class from other games. It can withstand more punishment and can deal more damage compared to any other class/rig in Call of Duty: Infinite Warfare.

Traits
Shockwave – Trigger a power slam while in mid-air.

Men at Arms – You can carry heavier loads with minimal effort, get full ammo at the start and your weapons won’t affect movement.

If you are looking for brute force in Infinite Warfare, Merc Rig class is the way to go. It has different traits and payloads that give this class an edge in durability. The best use of this class is to focus on head on assault.

If you are a player that constantly uses thruster in order to jump and engage enemies from the air, Shockwave is your go to trait. Also, if you prefer CQC in Infinite Warfare.  It is similar to Halo 5’s air punch that we saw in multiplayer modes. It allows you to smash the enemy from above.

The best use of this is on unaware enemies or enemies that are expecting you to jump and shoot.

This is the simplest but the most useful trait when you are under fire and need to recover quickly. Infusion quickly regenerates your health. It is also best used with aggressive CQC builds. There is no strategy or tip that would help you use this better. You just use it whenever you need to recover your HP.

However, if you are looking for a tip here’s one for you. Use Infusion whenever you kill an enemy but have suffered damage yourself as well. Recover quickly in order to avoid getting killed with a single shot during an ambush at the time.

This one is best used with aggressive builds for run and gun style gameplay. You will start with maximum ammo and weapons will not slow down your movements speed. If you are using LMS, which have control and mobility issues, Man-At-Arms will help with movement penalty.

The payload is best with mobility focused objective modes. It is basically a solid health boost that turns you into a bullet sponge for a short period of time. It is great for clearing certain areas where there is a deadlock between the two teams.

Steel Dragon is an amazing payload that has the ability to take down multiple enemies. It is a beam-based weapon that is able to lock on and fries any targets near the line of fire. Once again, use this to aggressively clear deadlock areas in Infinite Warfare.

However, keep in mind that you shouldn’t use it in the open as it has limited range. Also, the beam is highly visible so it may attract other nearby enemies.

Use your ballistic shield to clear corridors and take down multiple enemies in your patch  by charging toward them with Bull Charge. You need to be aware of your surroundings and rightly determine where to use Bull Charge. Charging wildly into an open area will get you killed.

Narrow hallways and corridors are perfect for charging the enemy with the ballistic shield.

If you have any questions regarding Infinite Warfare Merc Rig Class Guide, take to the comments below.