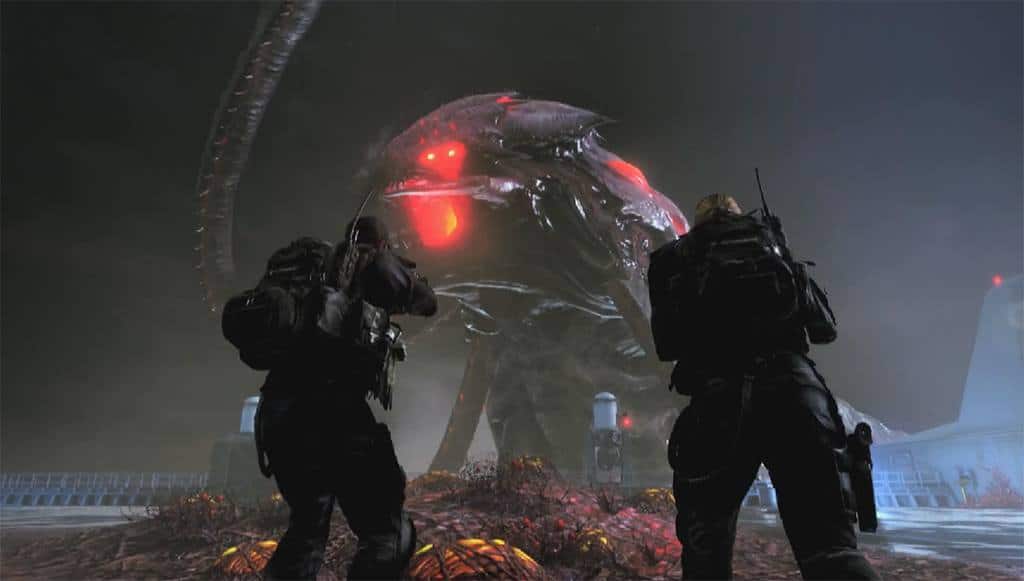 There is a total of nine pieces of Intel that can be found in Call of Duty: Ghosts’ Extinction Episode #2; Mayday.

Out of these 9, 4 are termed as Classified Intel because they are acquired from Searchable Items that are scattered in different areas, and their locations are always changing.

The other 5 are referred to as Encrypted Intel and their locations are permanent. The Classified Intel appears as Black Laptops with a Greenish Glow around them.

For more help on Extinction Mayday, read our Schematics Locations, How To Kill Kraken and How To Get Venom-X Weapon.

After each piece of Intel is collected, the game will automatically save progression, and you will be awarded with $500 as a bonus. Furthermore, each of the Intel items will divulge more details about history of Mayday.

Encrypted Intel #1 – Sleeper Agent
Location: In the first area, drill the door upstairs (through the ramp) and shoot the window inside the room. Hop on to the green pipe (don’t fall down) and keep following the pipe to the left to reach the Sleeper Agent.

Encrypted Intel #2 – Encrypted
Location: After taking the stairs to Tesla Schematics, go outside to the balcony and grab the Black Laptop from the end.

Encrypted Intel #3 – Witchcraft
Location: At the very heart of the second area, you will come across a bunch of crates on top of each other. Hop on to these crates by any means and it will be on top of one of them.

Encrypted Intel #4 – Mutiny
Location: After entering the Area #3, you need to get inside the top deck and as soon as you enter this area, it will be behind a large cylindrical structure.

Encrypted Intel #5 – The Guardian
Location: The Guardian will be located in the Final Area where you will start the boss battle. After coming down through the window, head straight to the walkway (you can hop up to) and grab it.

Remember that you need to find all 9 Intel Items for Inquisitive Mind Achievement/Trophy to unlock.

If you found anything missing or confusing, let us know in the comments below!