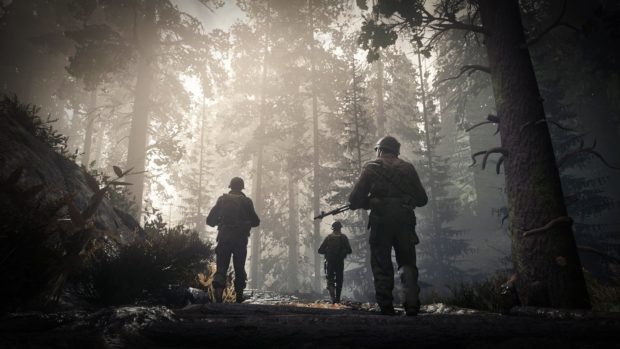 Call of Duty WW2 developer Sledgehammer Games already stated in the past that its new game won’t be shying away from the horrors of World War 2. The game will respectfully tackle Holocaust as well as racism during the World War 2. According to the developers of the game, Call of Duty will tell a mature story which is aiming to be as historically accurate as possible.

Rape and sexual assault were one of the nightmares people had to suffer through at the time. Call of Duty WW2 isn’t sidestepping this aspect of the war as well. While U.S and U.K censor boards might be OK with Call of Duty WW2’s dark tone, Australian Edition of the game has been modified due to an implied sexual assault scene. Australia’s Classification Board, the original version of the game featured “a reference to sexual violence that is justified by context.”

Australia’s Classification Board stated that the original version of the game featured “a reference to sexual violence that is justified by context.” The scene had to be removed from the game and while we don’t know how it would impact the overall story and how important the scenes, I am sure players in Australia will head over to YouTube to check it out.

What’s interesting is that according to a historian, Call of Duty WW2 is the biggest thing to happen with WW2, since WW2. Historical accuracy is at the heart of WW2 but we haven’t seen anything of the sort in its multiplayer beta. However, singleplayer mode is expected to be different.

Call of Duty: WWII is releasing on November 3 for PlayStation 4, Xbox One, and PC.