Bungie’s New MMO – Do We Really Need Another MMO ? 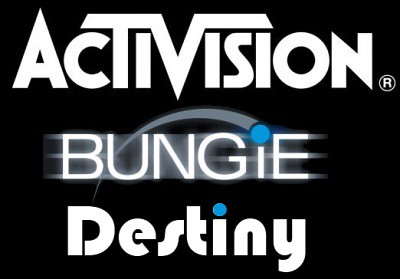 Bungie revealed in a GDC session yesterday that the company is indeed working on an original massively multiplayer action game with Activision part of its 10 year publishing deal.

Bungie lead network engineer David Aldridge didn’t verify the title of the game. Which was previously reported to be ‘Destiny’ but did confirm that it’s developer’s only project in production and promised that the MMO will not be “[World of Warcraft] in space”.

Developer first hinted its project last year during GDC when cinematic director Joseph Staten asked attendees, “Wouldn’t it be great if we could make a world that was always there for you?”

My main concern is ‘Do we really need another MMO’ ?. There are so many MMO’s already released, and many in works, many based on big time franchises or being developed by your favorite developer who coincidentally provided you with your favorite video game. They are all bound to have good graphics, good gameplay, they all look real winners on paper and are highly anticipated.

It can be inferred that all these games are good, but still do we really need another MMO ? or have enough time to play all these favorite MMO games ? since either they are based on our heroes from the childhood comics, or franchises we have followed over the years or are from the developers we love and admire. We would definitely want to try them all but can we really do that ?

So many games releasing every month, its hard for a developer to make a game that really stands out. Most of the MMO’s are moving to free to play, micro transaction model, since the subscription model isn’t working or its just becomes too expensive to run the franchise at the initial stage. After few months developers are forced to change the business model in an attempt to survive in a difficult economy.

But, the major concern from a consumer’s perspective is the time that is required to fully enjoy a particular MMO. Since it requires x hours for you to level up, x hours to get good armor, x hours to explore the World, x hours everyday if you join guilds, and x hours to do battles/dungeons/raids. Add other x hours I have missed and you get a typical MMO experience that the developers intend to provide. If you don’t spent this amount of time, you basically never played that MMO and in the end wasted your money.

Every MMO tries to immerse you into its universe and you are left with opting to one that really satisfy your needs. Or may be you are a type of guy who likes to do some traveling, gather some materials, and may be craft something for your next quest in Azeroth, just to stop, wear your Jedi robe and fight the Sith then to find out you have an unfinished adventure in Gotham City that you started last night.

Do you really have enough time for all this ? good game or not, good developer or not, great franchise or not. The decision for a publisher like Activision to go for MMO is very obvious, but perhaps now its time, developers/publishers should tell their investors, How many MMO’s have been canceled rather than telling how much money a particular MMO has generated over the years.