The Legend of Zelda: Breath of the Wild Emulation Possible On CEMU 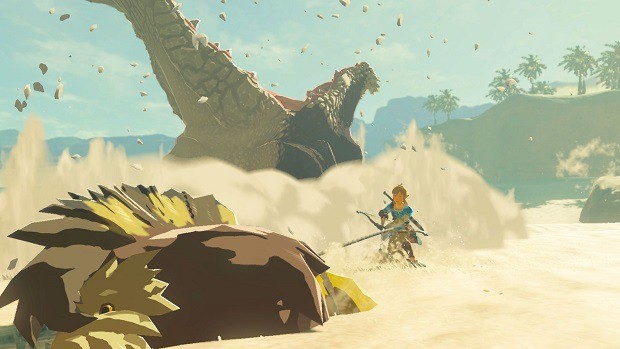 The Legend of Zelda: Breath of the Wild emulation has now been shown to be popular through the CEMU program, a surprising achievement considering that the game only came out last Friday.

The version, CEMU 1.7.3, has made the emulation not just bootable, meaning the game will start, but playable.

The CEMU program is an emulation program that is focused on making the Wii U able to be emulated on a Windows PC.

It has had various games emulated over the console’s lifetime, and Breath of the Wild is their most recent achievement. While the games sometimes don’t run the best, with some games running at a crawl or with a terrible framerate, it’s still a notable achievement.

CEMU is the only real triple-A emulation software available right now, emulation of the Xbox One and the Playstation 4 haven’t happened yet. Whether we’ll get a similar system for the Switch remains to be seen.

The port doesn’t seem to be perfect, however, from the footage that the CEMU team has showed off with the Breath of the Wild emulation, the emulator has frame rate problems; it’s noticeably low during the game’s intro cutscene, and sometimes when you’re zoomed in the game freezes briefly, such as when you’re using your bow or using a bomb.

If you still want to play the Legend of Zelda: Breath of the Wild emulation on your PC via CEMU, you can likely download it form the CEMU website. If you want to play the game, be mindful that it won’t run as well or look as good as the official versions on the Wii U and Switch.