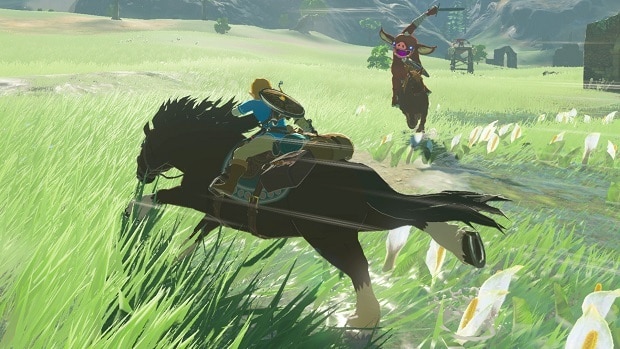 The patch will be adding in a DLC menu for the game for when Nintendo releases DLC for it.

While there’s likely more in the patch, the DLC menu is the main draw of the patch. Even then, there’s not much in the menu. Only people that bought the Season Pass will see these items as familiar, as they’re all DLC you got for free when you bought the pass.

The DLC currently available includes three chests, all of which contain useful items and clothing for Link.

Considering all of the different outfits that Link can wear over the course of his adventure in Hyrule, some people may think of new clothes as being “vital” to his adventure.

The Breath of the Wild Day 1 patch opening up a DLC menu will likely be coming just ahead of a variety of new expansions that will be coming out with the game.

These expansions will include new dungeons, new stories in the game, and new challenges. One will be coming out in the Summer of this year, while the other will come out during the holidays.

Considering it’s been six years since the previous Legend of Zelda game, Skyward Sword, came out, anticipation has been high for another mainline Zelda game. Plus, this will be the first game not only with multiple solutions to puzzles, but also a true open-world and even DLC.

Breath of the Wild could very well be a testing ground for what Nintendo has in mind for future games, and with the Breath of the Wild Day 1 patch adding this new DLC menu, we’ll likely be a part of that testing.