Borderlands 3 The Horror in the Woods Walkthrough 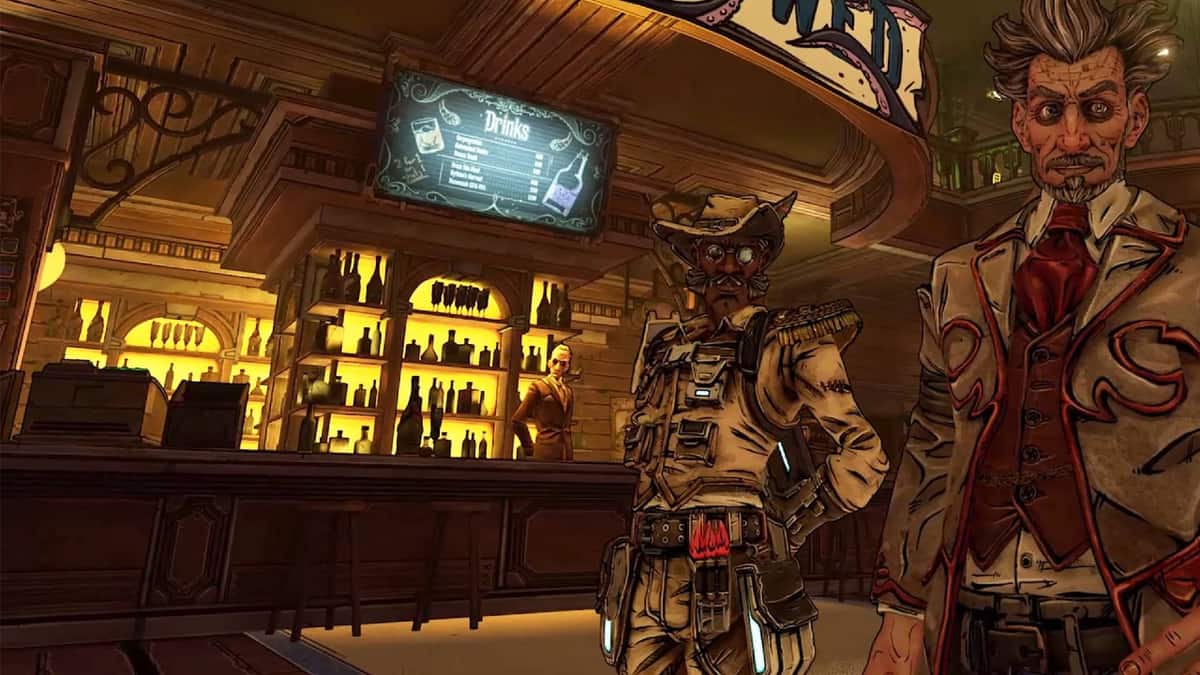 At the start of this mission, your objective will be to go to the Negul Neshai. This mission will put you face to face with several enemies. In this Borderlands 3 The Horror in the Woods guide, we have the complete walkthrough for this Guns, Love, and Tentacles DLC mission.

Borderlands 3 The Horror in the Woods

To reach Negul Neshai, head to Skittermaw Basin. Head down the stairs and then the mountain to the frozen river.

At the river, you will be attacked by some enemies. Kill them and then move ahead to the Umbergist Village, following the current checkpoint. There will be some more enemies here who you will have to clear out.

Head southeast up the mountain, clearing all the enemies on your way to the checkpoint. You will reach Skittermaw Lake, cross it to reach a small village. Here there will be several enemies guarding the area. After you clear this area, you will finally reach the checkpoint.

Defeat Amourettes
When you reach the first checkpoint, you will blow a horn to announce your arrival. Blowing the horn will spawn several enemies who you’ll have to defeat.

After clearing the Amourettes, a cutscene will play in which Eista the boss will arrive. He will congratulate you on defeating his army and then challenge you to a fight.

In the fight, he will charge toward you, swinging his hammers toward you. He will keep doing this. To defeat him, keep moving out of his way and shooting at him.

He will run out of HP eventually. He will become your ally after defeating him. After you defeat him, he will invite you to eat Kife.

Go to The Cankerwoods
Now your aim is to find and hunt a Wendigo. Which will be found in the Cankerwood area. Use the Cyclone Motorcycle to reach the Nethes Mines. During your journey, you will be attacked by some enemies.

Head on foot when you reach the Nethes Mines. There will be several enemies which you’ll have to clear in this area. After that is done, head to the gate leading to the Cankerwoods.

In Cankerwoods, you will meet up with Hammerlock to search for Wendigo. Head North inside the caves. In the cave, you will find some Wendigo tracks. Investigate them and then follow Hammerlock, killing all the enemies you find along the way.

When you come out of the caves, you will have to infiltrate an Outpost to proceed. Once in the Outpost, clear all the enemies to secure it.

After you obtain the meat, head to the mixing device and prepare the potent brew for Wendigo. On the way to the device, there will be attacked by many enemies. Kill them and then continue your journey.

Create Most Potent Brew
After reaching the mixing device, your objective will be to create the most potent brew, called ‘The Flaming Maw’. This brew is extremely potent, having the max potency of 5 Skulls in the game.

The Flaming Maw has green liquid on the left side, orange in the center, and blue color on the right side. To create The Flaming Maw, head to the barrels near the control panel and look to see what color of liquid the barrels have.

Dump the liquid in the correct containers to proceed and make the Flaming Maw. Once you have the most potent brew on your hands, make your way back to Hammerlock.

Proceed to the next checkpoint, where you will have to defeat some enemies while protecting the claptrap. Once that is done, head forward to a cave along with Hammerlock.

The Wendigo Boss Fight
You will finally find the Wendigo inside Kasari Dabar. You will have to defeat him. He is a very difficult boss. In one of his attacks, he will attack using his horns to damage you. Move away from him to dodge this attack. In another attack, he will rain fire from his horns.

The trick is to make him hit the ice pillars inside the cave. Doing so will stun him for 5-7 seconds. Keep attacking him from a distance to defeat him.

After you defeat him, pick up 2 trophies from the ground and then talk to Hammerlock. Then return back to Eista to complete the mission.