How to Unlock the Wakizashi Katana in Black Ops Cold War 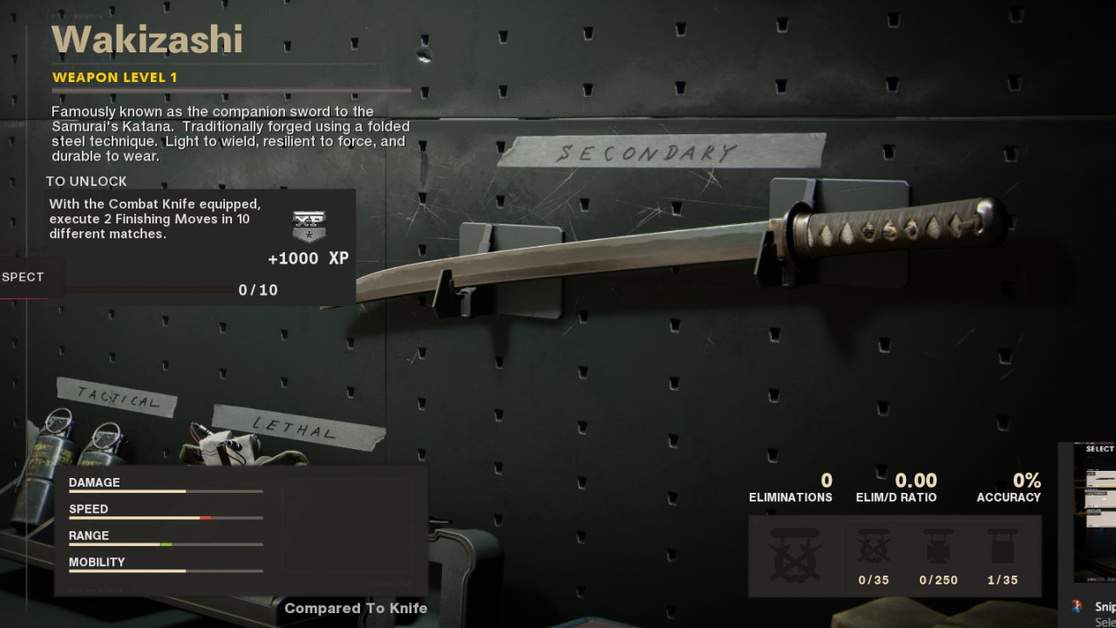 Our guide will help you unlock the Call of Duty Black Ops Cold War Wakizashi Katana and give the best and easiest way to complete the Finishing Move objective for this melee weapon.

The Wakizashi is a prized katana melee weapon featured in the new Cold War Season 1 update. It is a light-weight and swift tool of death that’ll look good on your weapons pack as a trophy.

How to Unlock Wakizashi Katana in Cold War Season 1

To unlock the Wakizashi, you must perform 2 Finishing moves in 10 different matches while having the Combat Knife equipped.

It might sound easy when you say it but doing it is a totally different story altogether.

It’ll take a lot of matches to complete this requirement and ever more patience to find and corner your targets for a Finishing Move.

To perform a Finishing Move and kill a player, you must sneak up to a player and long-press the melee button to execute the player. It is as simple as that!

However, the tricky part is to get close to the target up to melee range without being spotted and shot at.

Perks like Ninja and Ghost will help in this tedious task as you won’t create footstep sounds and indications when approaching the target.

As hard as it is to sneak in this game for melee kills, it sometimes is harder to find people to actually sneak up on.

Different players may use different tactics at getting to their targets; some may land in densely packed locations like Nuke Town, while others may find it easier to sit and wait for players to wander close by.

Whatever strategy you use should be what you’re comfortable with since you’re going to pursue this objective for tens of games in most of which you’ll probably get killed while trying to perform the Finishing Move.

Using Smoke Grenades as your tactical may further ease your task by allowing you to create smoke clouds from which you can appear to surprise the opponent.

Other perks like Tactical Mask, Forward Intel, Tracker and Quartermaster will help you in locating and cornering your targets for easy kills to unlock your Wakizashi Katana.