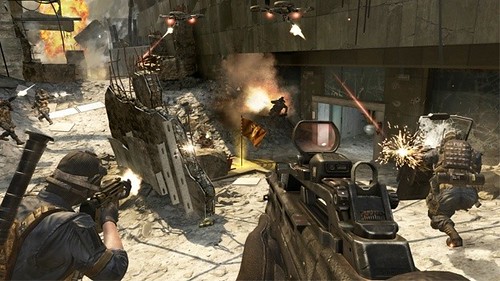 Camping is an irritating issue that you’re almost certain to come across in most first-person shooters, particularly the Call of Duty series.

Modern Warfare 3 introduced the Kill Confirmed multiplayer mode that initially seemed like it would get rid of the dubious art, but its lack of balance actually encouraged camping, prolonging the length of the game.

This year Black Ops 2 is reincorporating the mode, but with a major difference, which the folks at Activision believe will get rid of the camping aspect.

This is how the scoring system will work:

This clearly shows that picking up enemy tags is the most important part of the multiplayer mode. The importance of tags is further highlighted by the fact that you can actually deny enemies points by picking the tags of your comrade.

I doubt the more selfish players would do the latter, but some of the testers have mentioned that the new balanced system encourages players to go out into the open and join the action.

Nevertheless, I do feel that the debatable art of camping will be eliminated with these few changes. What do you think of it?