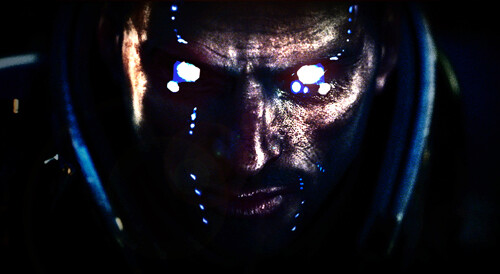 While BioWare has already confirmed it’s giving Mass Effect 3 players something to satiate their raging nerves, that doesn’t mean they’re (fans) ready to give up on theorizing what exactly happened at the end of the game.

Needless to say, we’re going to be delving into spoiler territory here. So if you haven’t finished the game yet, I suggest not reading further – you have been warned!

One of the major theories being thrown about to make sense of it all is the “Indoctrination Theory.” This theory suggests that Commander Shepard didn’t make  it into the Catalyst at all, and that whatever happened during the game’s ending was entirely in Shepard’s mind.

If you want to know more about it, I suggest that you watch the video.

Well, during BioWare’s PAX East panel, they discussed this very thing. While they didn’t confirm or deny the theory, they did say that fans will interpret it in their own way,” they didn’t want to comment either way for fear of being “prescriptive.”

Of course, BioWare also has the Extended Cut DLC and they added, “We want the content to speak for itself, and we’ll let it do so.”

While BioWare has their own version on how the game properly ends, fans are still left in the lurch when it comes to the indoctrination theory. Is it something fabricated by desperate fans to make sense of it all or did they pick up on all of BioWare’s breadcrumbs? We’ll know for sure once the game’s Extended Cut DLC hits this summer.