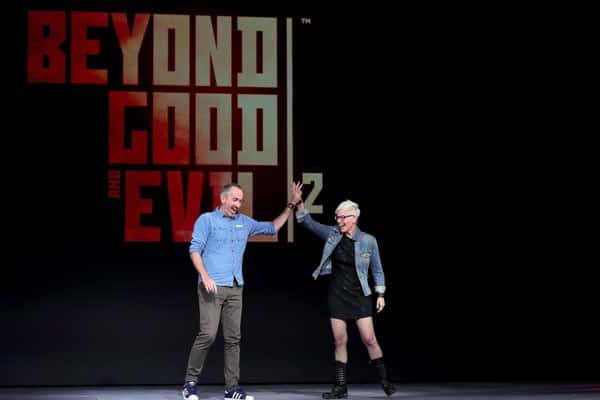 Beyond Good and Evil 2 is undeniably one of the most intriguing titles to be released in the future. Even if the game doesn’t have a release date yet, fans have set the expectations high and the developers are delivering. According to the game’s creative writer, Beyond Good and Evil 2 narrative needs to be organic, with no excess lines and needless cinematics.

Gabrielle Shrager, the famous writer of  Assassin’s Creed Syndicate, The Division and more is currently working on the narrative aspect of Beyond Good and Evil 2 and there is no one better for this task.

During a talk with French media jeuxvideo.com, Shrager stated that “when they have too many words, it is that they have failed”, meaning that Beyond Good and Evil 2 doesn’t need too much narrative in order to be successful. Given the size and quality of its world, everything will be delivered in an organic way, rather than forcing information to players.

What does this mean for the game? Shrager seems to be against too many words and needless cinematics. If you remember the narrative aspect of the Division through the “ECHO” hologram system, you can understand what she’s after.

She believes that developers shouldn’t include cinematics that fans could make themselves, and let them create the story as they see it, much like what happens with the Souls series for instance. This can happen by using elements of contextualization to immerse us in their world.

What Shrager focuses on when creating the narrative of Beyond Good and Evil 2 is leaving clues for players to unveil in the game, in order to make sense of its story. That doesn’t mean that there won’t be cinematics or dialogues and such, rather than keeping it to the minimum.

After all, the trailers for Beyond Good and Evil 2 are extremely beautiful to pass up and even in those, you can tell that the developers try to deliver the bare minimum. Are you excited to start digging into the game’s story when it finally releases?