Beyond Good And Evil 2 Mod Support Confirmed, Ubisoft Will “Work On It For Sure” 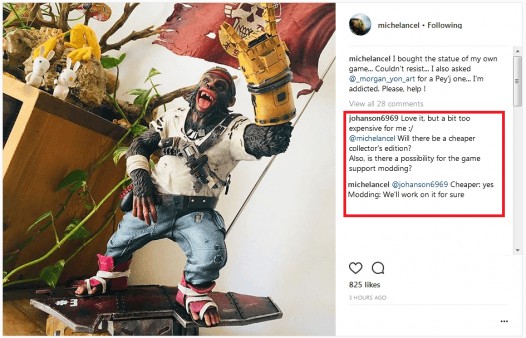 Beyond Good And Evil 2 is still in development but fans are eager to know more about the game. While Ubiosft is yet to announce the release date for the game but Michel Ansel has confirmed that Beyond Good and Evil 2 will be getting mod support.

During its E3 2018, Ubisoft revealed a new cinematic trailer for the game revealing Jade as the villain for Beyond Good and Evil 2.

Ubisoft also gave us a glimpse of the gameplay, however, it was literally just a glimpse but we are hopeful that Ubisoft will soon show something concrete in terms of gameplay and in-game mechanics.

Not only that, Ubisoft is putting a lot of effort into its upcoming title and has confirmed that the studio has developed an entirely new game engine for it. Creative director Michel Ancel had a very specific vision and to achieve that vision they have developed a completely new game engine.

Also, Ubisoft CEO Yves Guillemot has clarified that Ubisoft is not concerned with the game’s success as there is not much risk behind the project and only wants to develop the best possible game.

I don’t think there’s a risk there. Well, there’s always a risk when we create games, but I don’t think there’s as much risk because [Director Michel Ancel] has been through so many projects. The first Beyond Good & Evil was very good, Michel did what he wanted and what we thought would be the best for the players.

Beyond Good and Evil 2 is an action-adventure title in development at Ubiosft, however, no release date has been announced for the game yet.