How To Unlock Scarborough Fair & Love Is Blue In Bayonetta 3 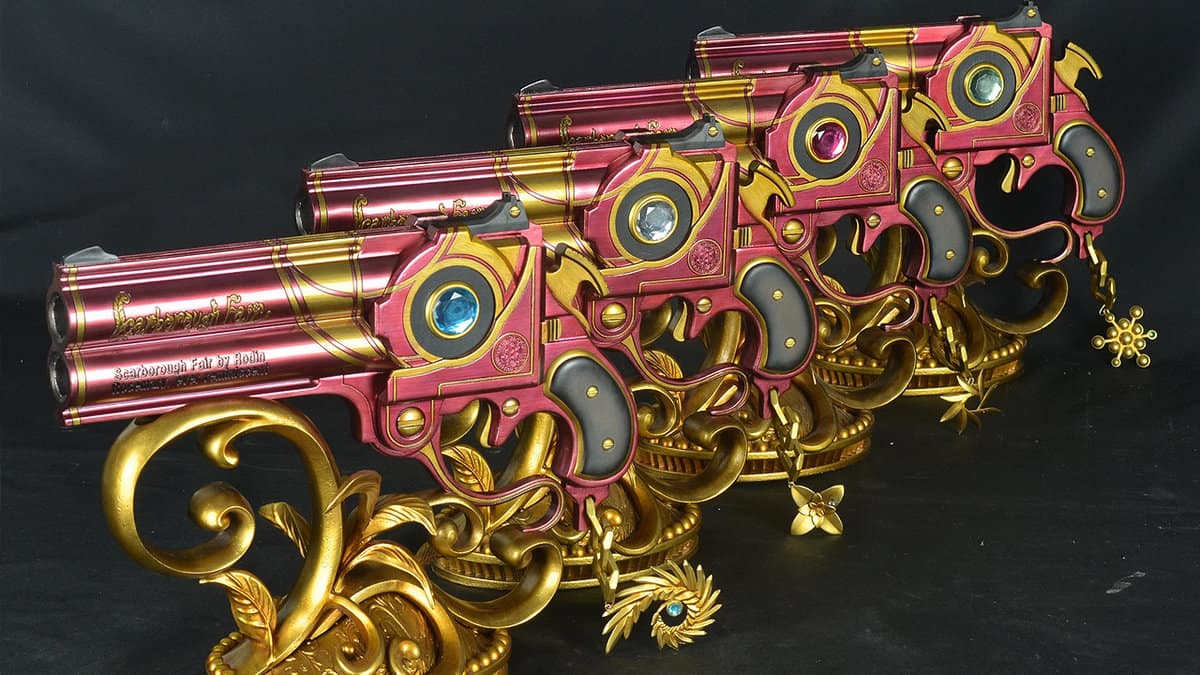 Bayonetta 3 features several new weapons to wreak havoc with. However, if you are returning from the previous games in the franchise, you will naturally want to get the Scarborough Fair and Love Is Blue.

These two are signature pistols from the first two Bayonetta games. Unlocking them in the new Bayonetta 3 is a bit tricky because they are not actually available in the game. You need to jump through a few hoops to get them as a reward for being a fan of the franchise.

The following guide will tell you how to unlock the Scarborough Fair and Love Is Blue weapons in Bayonetta 3.

Each of these two legacy weapons is a set of four, large caliber, long-range pistols that Bayonetta used in the first and second playthroughs of the games respectively.

The Scarborough Fair consists of four reddish-type pistols with a different colored gem embedded above their triggers. The gems are white, blue, pink, and green, and the pistols are named Parsley, Sage, Rosemary, and Thyme respectively after them.

The process of unlocking each of these weapons is a simple one, but sadly the prerequisites for them mean that not everyone can have the chance to unlock them.

To unlock both weapons, you need to have the save game data of Bayonetta 1 and/or Bayonetta 2 respectively (as they both were the main weapons in the two games) on your Nintendo Switch.

Moreover, if you do have the save files needed to unlock the pistols with you, you would still need to do one more thing to equip them. Having the respective save game files will allow you to get the weapons associated with them from Rodin’s for a total cost of 16,999 Seeds each.

This may seem like a lot to ask of two pistols, but there is no other way around it as of yet.

Scarborough Fair, Love Is Blue, and Color My World comparison

With the Scarborough Fair and Love Is Blue being the main pistols of Bayonetta 1 and Bayonetta 2 respectively, the third game – Bayonetta 3 – brings its own set of main pistols called Color My World.

Although each of the three sets of pistols may look the same in terms of looks, they are very different functionally.

The main reason behind this is the varying gameplay mechanism from each of the three games, which gives each weapon a unique set of combos and transformations and whatnot.

Moreover, with the varying mechanisms of the two previous games clashing with the third one, you may experience some problems – like not being able to use Demon transformations.

This, however, doesn’t matter as much because the main aspect of using these pistols is for older players to spice up their experience, regardless of not being able to use the newer abilities.